How to improve the trade deadline

Pierre LeBrun: Have two main trading windows in a season but restrict trades the rest of the time. After the puck drops in October, forbid trades until a one-month trading window opens from Nov. 15 to Dec. 15. Then, prohibit trades again until another one-month... 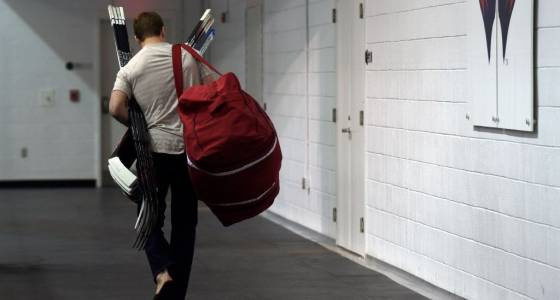 Pierre LeBrun: Have two main trading windows in a season but restrict trades the rest of the time. After the puck drops in October, forbid trades until a one-month trading window opens from Nov. 15 to Dec. 15. Then, prohibit trades again until another one-month window opens from Feb. 1 to March 1. That's it, just two one-month windows during the regular season to make trades. The intention is to have more activity within those two windows, especially the second one. And it would prevent moves from being spread out over the season.

Craig Custance: Create a supplemental round in the upcoming draft, maybe after the second round, where every team gets a pick but they can't use it to draft players. In order to get any value from that pick, the pick must be traded during a one-week window before the trade deadline. To add even more fun, the picks wouldn't have assigned slots before they're dealt -- they would be lottery picks. After the deadliner, all the teams that acquired one of the supplemental-round draft picks would have a ping-pong ball for each pick acquired and there would be a post-trade deadline supplemental-draft lottery to determine the order of that round. Televised, of course. Last, I'd move up the March general managers meetings to be held the days before and after the trade deadline. The day before could be focused on deals, and having everyone in one place would make it more of an event. The day after would focus on rule changes. It all would be chaotic, but that's half the fun.

Scott Burnside: The weekend before the trade deadline, the Stanley Cup finalists meet in the winning city for a rematch. Call it the Trade Deadline Classic. Want to have the game outdoors? OK. Make it happen. And that's where the league gathers every year for the deadline. Move the deadline to a Tuesday and otherwise darken the schedule Monday and Tuesday. All GMs and their staff descend on the Cup-winning city on the Sunday to hash out the deals. The media would gather. All of the attention of the hockey world, already focused on trades, would increase exponentially because of the added buzz of having all of the teams gathered in one place similar to Major League Baseball's winter meetings.

Amid a flurry of early trade-deadline activity on Monday, the Kevin Shattenkirk deal surprised our experts the most -- but not for all the same reasons.

The trade deadline leads to speculation about which teams are going to win and which are going to get hosed. With that in mind, here are the best deals ever done by each of the 30 franchises.

Rob Vollman: Adopt the Gold Plan, which awards draft position based on which teams gain the most points after being mathematically eliminated from the playoffs. That gives all 30 teams an incentive to improve their situation at the deadline, not just those gunning for the Stanley Cup. Also, make cap space a tradeable commodity. Rather than allowing teams to retain salary, or to make convoluted trades whose sole purpose is actually to clear cap space, allow teams to exchange their remaining cap space straight-up.

Corey Pronman: Getting rid of the salary cap would be a good place to start. Teams are hamstrung into trying to squeeze a square peg into a round hole when trying to move significant players with high annual average-value contracts at this time of the season. It's hard to look at baseball's system for example, with a significant luxury tax on high spending, no floor/cap and parity in the standings, and not prefer that system for a league where teams get so much more freedom in roster management.

Joe McDonald: The salary cap has changed the dynamic. Money and salary compensation have become such a major part of every deal. In the past, there was more movement and cap constraints, weren't an issue. GMs need to keep the future in mind at the deadline and need to resist the temptation of making a deal just for the sake of doing something. Deadline deals have become more complicated because of it.