PALM BEACH GARDENS, Fla. — The player who had the best chance to catch Honda Classic winner Rickie Fowler in Sunday’s final round at PGA National was Gary Woodland.When Woodland birdied the 13th hole to get to 10-under par, he was one shot behind Fowler,... 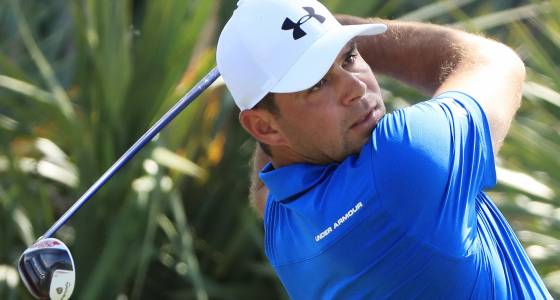 PALM BEACH GARDENS, Fla. — The player who had the best chance to catch Honda Classic winner Rickie Fowler in Sunday’s final round at PGA National was Gary Woodland.

When Woodland birdied the 13th hole to get to 10-under par, he was one shot behind Fowler, who began the day leading by four.

Woodland, however, failed to make another birdie on the way home, instead bogeying No. 17, the difficult par-3 over water, and No. 18 to fall to 8-under par, four shots behind Fowler.

“It was frustrating,’’ Woodland said. “I hit good putts on 14, 15, 16, 17. When I hit them, I thought all of them looked pretty good. Unfortunately I missed the comebacker on 17 [for par]. It was a little deflating on 18. I thought I hit a pretty good drive and thought I would have a chance, and I just couldn’t get home and laid up in the water, which was bad.

“I gave myself a lot of chances. Just didn’t get the putts to come in down the stretch.’’

Morgan Hoffmann, a native of Wyckoff, N.J., finished tied with Woodland for runner-up to Fowler.

Hoffmann finished 8-under par after shooting a final-round 2-under 68.

“It was a great week, obviously the best I’ve had all year,’’ he said. “I’ve been working really hard. I have a lot of confidence going forward.’’

Hoffmann, who has finished tied for third twice in his career (2014 and 2016), could have had second place all to himself, but he missed a three-foot birdie putt on the 72nd hole that he pushed right.

He entered the week having played 10 tournaments, missing six cuts and did not have a single Top-25 finish.

Jhonattan Vegas carded a hole-in-one on the 15th hole with a 179-yard 6-iron. He finished tied for fourth at 6-under. … Defending champion Adam Scott finished tied for 14th at 2-under, though he never really contended for the lead all week.

Tyrrell Hatton, who began the day in second place and playing in the final group with Fowler, struggled on Sunday, shooting a 2-over 72 to finish tied for fourth at 7-under for the week. The two were last paired together at last year’s British Open, where Hatton shot 71 and Fowler 76.