TEMPE, Ariz. – In a span of a few days in December, Danny Espinosa went from “no place” to “there’s no place like home.”The Washington Nationals, the only franchise Espinosa had ever known, had just acquired outfielder... 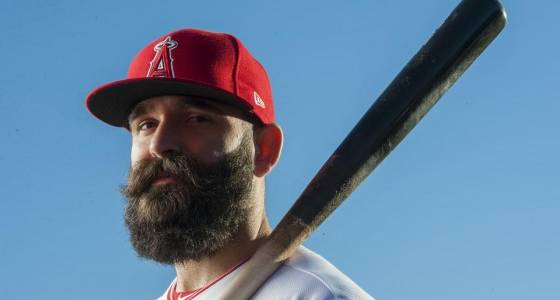 TEMPE, Ariz. – In a span of a few days in December, Danny Espinosa went from “no place” to “there’s no place like home.”

The Washington Nationals, the only franchise Espinosa had ever known, had just acquired outfielder Adam Eaton, a trade that Espinosa knew would create a ripple that would leave him without a place to play every day in Washington.

“You are just hoping you can go somewhere you have an opportunity to play,” Espinosa said this week. “You know that isn’t going to be the situation there. I was going to be pushed into a utility role.”

Just three days after the Nats got Eaton – pushing Trea Turner to shortstop and Espinosa to the bench – the Angels acquired Espinosa to fill their void at second base.

For Espinosa, who still lives in Santa Ana, there was no better landing spot.

“Ecstatic,” he said, recalling his emotions at the time. “It was an awesome feeling to come home.”

Espinosa’s family had season tickets when he was growing up, so he regularly attended games at Angel Stadium. Espinosa, 29, cheered for guys like Garret Anderson, Jim Edmonds, Troy Glaus, Darin Erstad, Troy Percival, David Eckstein, Gary DiSarcina … all of them.

When he wasn’t at Angel Stadium, Espinosa was pursuing his own baseball dreams, at Mater Dei High and then at Long Beach State.

After three years at Long Beach, Espinosa was the Nationals’ third-round pick in 2008. He moved through the Washington system as a shortstop, even though the position was locked up in the majors by Ian Desmond. As soon as Espinosa reached the majors, he was moved to the other side of the bag.

Although the transition is not always easy, Espinosa said it went fairly smoothly for him.

“You have to learn the rhythm of the turn and where you like the ball,” he said. “At shortstop, everything is in front of you. At second base, everything is behind you. It’s a little bit of an adjustment, but once you get the timing down and get the arm slot down where you want it for double plays, that’s the biggest thing.”

Espinosa and Desmond were the Nationals’ double-play combo for most of five seasons. When Desmond left as a free agent in 2016, Espinosa flipped over to shortstop. Although Espinosa is now a year removed from the position he’ll play with the Angels, General Manager Billy Eppler believes he is still above average defensively, as the advanced metrics rated him when he was an everyday second baseman.

The Angels have struggled defensively at second the past few years, so Espinosa figures to be a significant upgrade, particularly when combined with Gold Glove shortstop Andrelton Simmons.

“It’s going to make some things we do on the defensive side easier,” Manager Mike Scioscia said of the Espinosa addition. “I think those guys are going to show the range and athleticism we haven’t had there in a while.”

Offensively, Espinosa has been a mixed bag. The good news is that he hit 24 homers in 2016. He’s also got some speed and hits from both sides of the plate, adding balance to a lineup that otherwise learns heavily to the right side. The bad news is that he also had a .209 average, a .306 on-base percentage and he struck out 174 times.

Espinosa said he believes he can maintain the power while lifting his average and cutting down his strikeouts. In the short time he’s worked with the Angels’ hitting coaches, he said he likes the approach they teach, mentally and physically.

“For me, it’s just about getting into a position so I can be consistent,” Espinosa said. “I am looking forward to the year.”

Petit, Guerra and Alvarez are all leaving for the World Baseball Classic. That’s why they are getting the early action. The other Angels starters don’t need to start this soon.

Bud Norris and JC Ramirez will start for the Angels on Sunday and Monday, respectively.