BRISTOL, Conn. -- Aaron Hernandez's family is planning a private funeral for the former NFL star in his Connecticut hometown of Bristol, where Hernandez was a standout football and basketball player in high school.Editor's PicksJudge rules to preserve Hernandez... 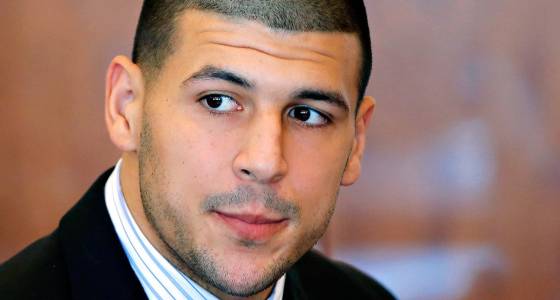 BRISTOL, Conn. -- Aaron Hernandez's family is planning a private funeral for the former NFL star in his Connecticut hometown of Bristol, where Hernandez was a standout football and basketball player in high school.

A judge's ruling will bar prison officials from altering or destroying any potential evidence surrounding the death of ex-NFL star Aaron Hernandez.

A spokeswoman for the Connecticut Funeral Directors Association said Saturday that the service is set for Monday at the O'Brien Funeral Home in Bristol.

The former New England Patriots tight end was found hanged in his cell at a maximum-security prison in Massachusetts early Wednesday. He was serving a life sentence for a 2013 murder and had just been acquitted of a 2012 double murder. His death was ruled a suicide.

In a statement released Saturday, Hernandez's family asked for privacy as they mourn and thanked people for offering condolences.

"The family of Aaron Hernandez wishes to thank all of you for the thoughtful expressions of condolences," the statement said. "We wish to say goodbye to Aaron in a private ceremony and thank everyone in advance for affording us a measure of privacy during this difficult time."