Galleries Videos CONTACT ADVERTISE
Famagusta 32°
clear sky
BUSINESS EDUCATION ENTERTAINMENT HEALTH POLITICS SCIENCE SPORTS TECHNOLOGY
12:08 Guide To Online Sports Betting: How To Choose A Sportsbook
08:28 What Are Some Reasons to Consult a Brain Injury Lawyer?
09:24 Blockchain Solutions for Enterprises: How To Increase Efficiency And Profitability
07:06 How To Deal With A Car Crash In New York
17:43 Tips to keep in mind while choosing the casino site
11:34 Relation Between Employee Theft and Pre-employment Screening Check
04:37 Search your own desired site to play sports for betting
18:00 Top 3 Career Path Options for Business Analysts Preview
15:35 The history of Imen Jane, who is the influencer and the charges on the...
18:48 Sebastian Vettel's Greatest Races
BIST
1124
GOLD
474.541
USD
7.8264
GPB
10.1081
EUR
9.1400
Breaking News
Top 3 Career Path Options for Business Analysts Preview
Close

The biggest fish in the NHL trade market are disappearing fast.Kevin Shattenkirk is gone, dealt to Washington on Monday night; Martin Hanzal went from hopelessness in the desert to hockey country in Minnesota; Ben Bishop joined fellow American goaltender... 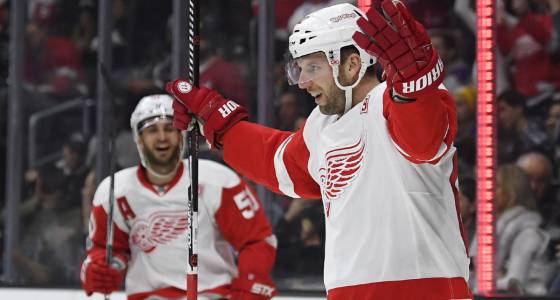 The biggest fish in the NHL trade market are disappearing fast.

Kevin Shattenkirk is gone, dealt to Washington on Monday night; Martin Hanzal went from hopelessness in the desert to hockey country in Minnesota; Ben Bishop joined fellow American goaltender Jonathan Quick in Los Angeles; and hulking six-foot-six centre Brian Boyle is off the market too, dealt to Toronto as the Lightning reload.

“If there was one guy we were going to pursue that could make our team better it was him,” Capitals general manager Brian MacLellan said of Shattenkirk.

MacLellan described the landscape ahead of the Wednesday trade deadline as a “pure rental market” and, although the glitziest names are almost all gone, a few helpful players on expiring contracts still remain:

The Montreal Canadiens picked up Vanek at the deadline three years ago and he helped them by scoring 15 points in 18 regular season games before adding five goals and 10 points in the playoffs. Although no longer the prolific scorer he was in Buffalo, the 33-year-old Vanek is still headed for his 10th 20-goal season and could offer a nice boost at limited cost on the cap.

The Toronto Maple Leafs couldn’t find a buyer for Parenteau at the deadline last year, but perhaps the Devils will this time around. Parenteau costs next to nothing on the cap and still brings production on the wing, on pace for nearly 20 goals and 40 points. Still, he’s cooled right down in the new year — one goal in his past 21 games — and got hurt over the weekend, all of which could dampen interest once more.

The 35-year-old has bounced back from last season’s disappointment in Vancouver and is tied for 13th among right-wingers in points-per-game this season. Vrbata, on a bargain one-year contract, could be a helpful add to any power play, while offering some punch down the lineup for a playoff team.

Sharp missed a large chunk of time this season to concussion and the 35-year-old hasn’t produced to his usual standards, with his points-per-game at its lowest in a decade. But he’s only a year removed from a 20-goal, 55-point campaign and has tons of playoff experience as a three-time Stanley Cup winner in Chicago. The problem with Sharp is that contract, which also carries a no-trade clause. Although it expires after this season, the cap hit might be too hefty for some playoff contenders to absorb, unless they send a troublesome contract back Dallas’ way.

Oduya isn’t the rock who played alongside Niklas Hjalmarsson on the Blackhawks Cup-winning squad in 2015. Underlying numbers suggest decline, both at even strength and on the penalty kill, and the 35-year-old Swede only just returned from a month-plus on the shelf with an ankle injury. But like Sharp, he’s a playoff-tested veteran (102 career games) who offers insurance in a depth role.

Miller is having another relatively effective year at age 36 for the Canucks and could be a solid No. 2, or even 1-A, for squads with goaltending needs. Miller is expensive with a very limited no-trade clause though, which could shrink an already thin market. Rightly or wrongly, Vancouver has a playoff push to consider, too.

Nilsson struggled in every one of his NHL stints previously, but he’s been effective for the Buffalo Sabres and could be a helpful backup for the stretch drive — perhaps for Edmonton, where he played last season. The 26-year-old has equalled starter Robin Lehner with a .931 even-strength save percentage, and his .921 overall save percentage is among the top 10 goalies league-wide with at least 20 games of action.

Although among the league’s oldest players Streit appears to have a little bit left in the tank. The 39-year-old remains a capable puck-mover and power-play point man, both valuable attributes for a club with depth issues on defence. The Flyers are right on the bubble between giving the playoffs a go or selling assets like Streit. The Swiss defender should draw interest if they opt for the latter course.

Like Streit, Del Zotto’s availability surely depends on the Flyers opting in or out of the playoff race. The 26-year-old has bounced in and out Philadelphia’s lineup with injuries and an occasional healthy scratch this year, but he’s still an able puck-mover and helpful add potentially for a team in need on the back end.