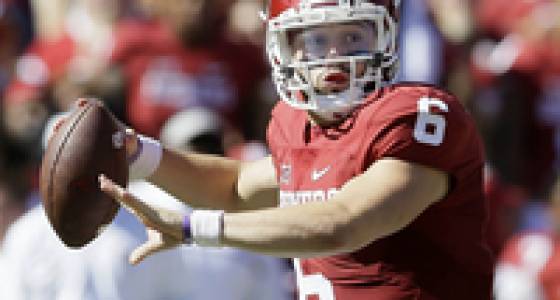 Mayfield's first hearing will be held on Monday, when a full arrest report will be made available.

The University of Oklahoma athletic department said in a statement, "We are aware of the matter and are learning the details. We don't have any other information at this time."

Set to be a redshirt senior, Mayfield is returning to Oklahoma for a third season in 2017, after leading the Sooners to a Sugar Bowl victory over the Auburn Tigers. The quarterback's prolific 2016 season saw him eclipse 3,700 passing yards and 36 touchdowns for the second straight year. His TD-INT ratio over the last two years is 74-15. Mayfield joined Oklahoma's program in 2014 as a transfer walk-on from Texas Tech.

With fellow finalist Dede Westbrook returning as well, Mayfield is an early favorite to win the Heisman Trophy next season.