Has Calvert's KU's playing time dipped because of off-court incident? 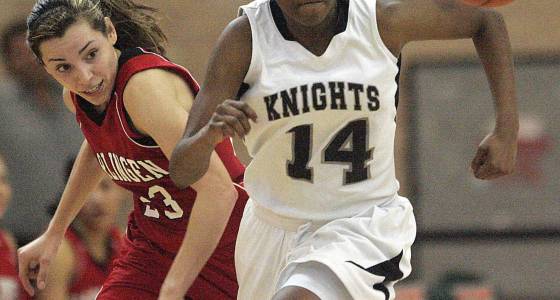 It's left many observers around the KU program to wonder why.

The Kansas City Star reported Saturday that a reason for Calvert's lack of recent time might be connected to her role in an off-court incident that led to the arrest of freshmen men's basketball player Josh Jackson, who was charged Friday with misdemeanor property damage related to the alleged vandalism of a car outside a popular Lawrence, Kan., nightclub in early December.

Jackson has not missed any games after the incident, as Coach Bill Self has repeatedly told reporters that he has already been disciplined inside the program. Jackson a projected NBA draft pick has started all 28 games for the Jayhawks this season.

But the Star reports that it hasn't been the case for Calvert, a top recruit who arrived at KU after starting her career at Southern California.

Calvert was KU's leading scorer in five of the first eight women's games this season, averaging 28.1 minutes per game.

Calvert did not play in the Jayhawks' ninth game, which was two days after she reported the vandalism to police. And among the next 18 games, she didn't play in another three. Her minutes after the incident have dipped to 15.6 per game.

Kansas officials declined to the Star's requests for an explanation about Calvert's diminished role on the team.

Her lack of playing time is a surprise. She was one of the top transfers in the nation after starting her care with USC. And she was ranked as the nation's 16th best player during her senior season at Steele by ESPN's Hoop Gurlz.

Calvert is averaging  10.2 points per game, second on the team for the 8-19 Jayhawks.

The Star reported that a news release from the Lawrence District Attorney's office detailed some of what happened in the early morning hours of Dec. 9, outside the Yacht Club, a Lawrence bar. Calvert reportedly threw a drink on a male patron while leaving the bar. The Star has learned that the patron was Lagerald Vick, a teammate of Jackson's.

Jackson followed Calvert to her car, according to the release, and they argued. Witnesses saw Jackson kick the driver's door of Calvert's car and kick a rear taillight.

The Star reported that Calvert was in the driver's seat while Jackson kicked her car.

Jackson, 20, issued a statement about the incident Friday and said he was sorry and that he had "offered to pay for any damage that I directly caused." The 6-foot-8 freshman from Detroit is second on the Jayhawks' team with averages of 16.5 points and 7.1 rebounds per game.

Jackson is scheduled to be arraigned in Douglas County District Court at 3 p.m. April 12, seven business days after the NCAA championship game.