The NFL offseason will kick into high gear next week with the annual NFL Scouting Combine, when the entire league converges upon Indianapolis. The combine is about evaluating prospects for April's NFL Draft, but it is also the unofficial... 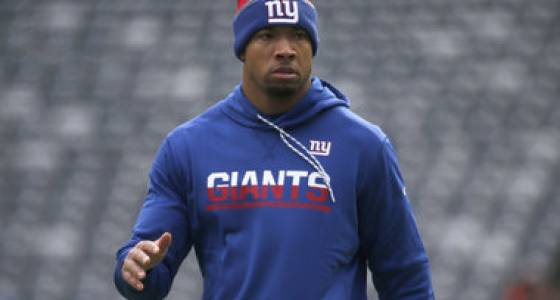 The NFL offseason will kick into high gear next week with the annual NFL Scouting Combine, when the entire league converges upon Indianapolis.

What do Giants cuts mean for JPP?

Over the next few days, the Giants' offseason outlook for each position group will be examined. Here's the rundown on the linebackers:

Position priority: Medium. Two of the three starters in the base defense are back (Casillas and Kennard), and the Giants likely hope Goodson will grab the middle linebacker job this summer. Re-signing Robinson will be a main priority, as he gave the Giants the effective nickel presence they were lacking and took on a major role in their revamped defense last year. Thomas has been a predicted cut by many, but he is a strong fourth or fifth linebacker if healthy - he could stick around in the end.

What to expect in the offseason: Robinson will be a priority. Sheppard was highly respected, so he could also find himself back (although Goodson is the future), and Herzlich may also return as a special teamer. There's no big splash for the Giants to make at linebacker in free agency, but they could pursue one of the second-tier guys for added depth.

Draft strategy: It's a sore spot for Giants fans, and one they bring up a lot. The team has not selected a linebacker in the first round since Carl Banks in 1984. They have selected eight linebackers in the last nine drafts, but none higher than the second round. However, this could be the year. Vanderbilt's Zach Cunningham, if available at No. 23, would fit Steve Spagnuolo's defense.