What in the wide, wide world of sports is going on here …• The Ducks will come off of their five-day bye week refreshed and ready to rumble at home against Toronto on Friday, right? Maybe not.• NHL teams are 4-12-4 coming off of their bye... 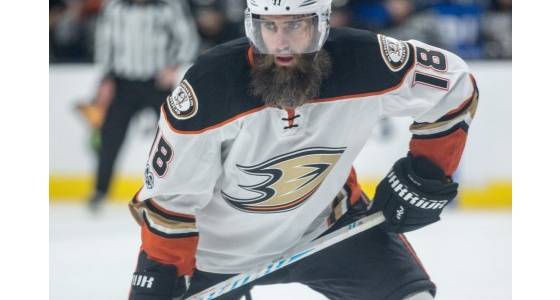 What in the wide, wide world of sports is going on here …

• The Ducks will come off of their five-day bye week refreshed and ready to rumble at home against Toronto on Friday, right? Maybe not.

• NHL teams are 4-12-4 coming off of their bye weeks. Teams exiting their bye week are out of their routine and their first game back is against a team that is in the midst of its routine. It might be difficult to believe that elite athletes like NHL players can play 50-something games and get rusty after a few days, but that’s happening.

• The bye week is new to the NHL this season. The NHL Players Association struck this deal with the NHL – we’ll support your All-Star Game 3-on-3 format, you give us these bye weeks. This is the first season of a two-season pilot program for the bye weeks.

• The Ducks are the last of the NHL’s 30 teams to take the bye week.

• All trades are gambles. The Ducks’ trade for right wing Patrick Eaves is a large one. They got Eaves for a conditional draft pick, which would be a 2017 first-round pick if the Ducks advance to the Western Conference finals – very possible – and if Eaves plays in half of their playoff games over the first two rounds – a lock, if Eaves is healthy.

• The Ducks did not have to deal away anyone from their talented and deep defensive corps, or any of the top prospects in the organization. Eaves is on a one-year, $1 million contract he signed with Dallas for this season, salary-cap tension was avoided.

• The criticism of the trade from the national hockey writing community is that Eaves’ scoring statistics, 21 goals and 37 points in 59 games with Dallas, had much to do with being on a high-scoring team. The Stars as of Tuesday morning were 13th in goals among the 30 NHL teams, averaging 2.79 goals a game. The Ducks aren’t that far behind – 20th in the league with 2.54 goals a game.

• As he did with the Stars, Eaves is going to have good linemates with the Ducks. These trades for draft picks, though … you never know the quality of the trade until a couple of years into that draft pick’s career.

• Trainer extraordinaire Bob Baffert liked how Arrogate looked at a Monday morning workout at Santa Anita. That might be enough to convince Baffert to enter Arrogate, winner of this past fall’s Breeders’ Cup Classic, in the Santa Anita Handicap on March 11. The guess here is that Arrogate will be in “The Big ’Cap.”

• A superior pick is Ted Williams, the greatest hitter who ever lived.

• The Dodgers during the offseason looked like they would be the deepest team in the big leagues. Now it looks like Andre Ethier, 34, is healed and ready to contribute. Nice bonus.

• Angels manager Mike Scioscia has a fun choice to make for who bats No. 2 in the order. I’d do it this way: Cameron Maybin or Ben Revere (that is, whoever is in left field) bats second and Kole Calhoun bats fifth behind, in order, Mike Trout and Albert Pujols.

• The Angels are not too heavy on right-handed hitters and too light on lefty hitters. Angel Stadium is a tough joint for lefty hitters … which makes Garret Anderson’s career stats even more impressive.

• StubHub.com has tickets for Dodgers opening day, April 3 vs. the Padres, starting at $81. Or get a mini-plan type of package from the Dodgers to pay face value.

• Tickets for the Angels’ home opener, April 7 vs. Seattle, are still available at Angels.com. Looks like upper view above home plate for $50 is the best option. Or wait until the Sunday, April 9 day game and get a much better deal with superior weather and shorter lines everywhere.

• New York Mets outfielder Curtis Granderson, on Tim Tebow trying to make the team: “His work ethic is through the roof. … It's not just show up, roll me out there, here I am. If he doesn't make it, if it doesn't happen, it definitely won't be because of his efforts.”

• Tebow seems like a good man, so here’s hoping he is successful.

• According to TheOnion.com, an authentic fake news website, Dallas Cowboys owner Jerry Jones plans to have a 100,000-seat owner’s box. It would include a 250-foot wide Jumbotron, indoor fireworks and a full-service Johnny Rocket’s. The old owner’s suite would be preserved in the new suite’s Cowboys Historical Museum.

• Fullerton College has advanced to the SoCal Regionals finals in California community college men’s basketball. The Hornets play at home against Chaffey on Saturday at 7 p.m. The winner advances to the State Tournament in which four teams from the south play against the top four teams from the north.

• ESPN college basketball analyst Jay Bilas tweeted: “The NCAA has no sense of humor, but it'd be great if Warren Beatty and Faye Dunaway would reveal the bracket on Selection Sunday.”