Dwyane Wade scored 23 points, including a posterizing dunk with 41.6 seconds left, and Jimmy Butler added 22 as the Bulls rallied from a late 11-point deficit to down the Suns 128-121 in overtime.Nikola Mirotic tied his season-high with 20 points, while Robin... 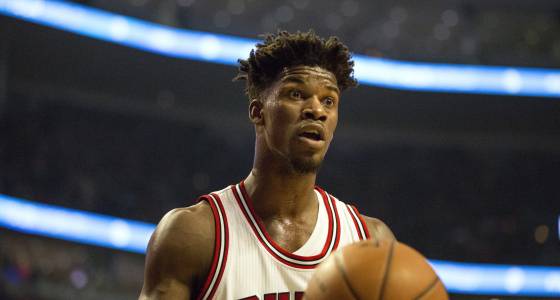 Dwyane Wade scored 23 points, including a posterizing dunk with 41.6 seconds left, and Jimmy Butler added 22 as the Bulls rallied from a late 11-point deficit to down the Suns 128-121 in overtime.

The Bulls tied a franchise-record with 20 overtime points.

The Bulls trailed 104-95 with 3 minutes, 2 seconds left in regulation before rallying. Butler, just 4-for-15 at the time, buried a tying 3-pointer with 48 seconds left. Wade followed with a steal from Eric Bledsoe. And then Butler buried a tough go-ahead jumper with 9 seconds left.

But Wade got called for a borderline foul on Devin Booker’s 3-pointer with 1.5 seconds remaining and Booker failed to put the Suns ahead when he missed the third free throw, leading to overtime.

Cameron Payne, the centerpiece from the Bulls’ perspective of the trade that sent Taj Gibson and Doug McDermott to the Thunder, didn’t dress Friday because he’s recovering from the flu. The other new Bulls, Joffrey Lauvergne and Anthony Morrow, dressed but were held out.