Rickie Fowler came up just short -- one roll of the ball in his last shot at avoiding sitting out another important when he failed to undergo U.S. Open qualifying on Tuesday. 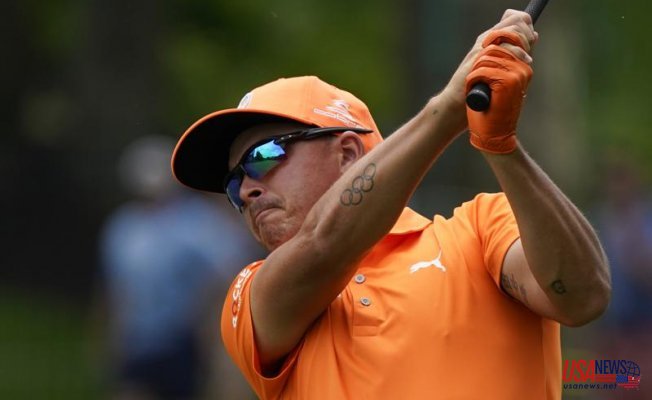 Fowler had five holes to play with Tuesday morning in the rain-delayed qualifier in Brookside and The Lakes, and he had three birdies. From across the back of the 18th green, his chip was about a full twist short before peeling off to the right.

He left one shot out of the 5-for-4 playoff for the rest stains to the U.S. Open next week at Torrey Pines in San Diego.

Some of Walker Cup players from Texas, Cole Hammer and Pierceson Coody, were part of the five-way playoff.

Fowler, who took 66, stuck around The Lakes to get involved in a 12-man playoff for one spot to determine who would be the second alternative from Ohio, though that player was almost certain not to get into the U.S. Open.

Former significant winners Padraig Harrington, Keegan Bradley and Jason Dufner were one of those who combined Fowler at 5-under 139, one stroke short.

The California qualifier also went into a Tuesday finish.

Fowler hasn't missed the U.S. Open because 2010 and needed to go through 36-hole qualifying due to his plunge down the world ranking, well past the top 60 in the world who had been exempt from qualifying.

He began badly at Brookside with a 1-over 73, leaving him needing a low one at The Lakes. This is going to be the next important Fowler misses this season following the Experts after having played in every one beginning with the British Open in St. Andrews in 2010.

"I'm obviously disappointed. I should have made it fairly easily," Fowler explained. "Not playing that well (at Brookside) and to be close to a spot is really a bummer. But I love where my game is at and where is going. Looking at the big picture, there's a great deal of good things forward."

He returned Tuesday morning and tugged a 7-iron on the par-3 14th, but he then holed a 40-foot birdie putt. Fowler hit wedge to 12 feet on No. 15 and narrowly missed the birdie. His 7-iron to 15 feet about the par-5 16th gave him a good look at eagle, which he missed.

He also missed from 15 feet for birdie on the 17th, all those putts snapping off difficult in the hole. On the 18th, Fowler caught a flyer lie across the green. His pitch landed softly and was led for the cup for birdie when it came up short.

"Another roll and it probably would have gone in," he explained.

He performed alongside Coody, the grandson of former Masters champion Charles Coody. He was tied with Fowler when his approach to the 18th was feet short of the hole, giving him a birdie to get into the playoff.