CaptionClose170 (Division I)No. 1 Tyler Barnes (Ballston Spa) vs. No. 5 Jacob Smeader (Hamburg, Section VI): Barnes finally blasted through the quarterfinals. Now, arguably Section II's best wrestler may feel like he can let it rip before heading off to... 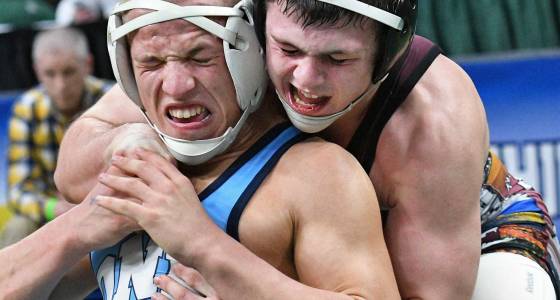 No. 1 Tyler Barnes (Ballston Spa) vs. No. 5 Jacob Smeader (Hamburg, Section VI): Barnes finally blasted through the quarterfinals. Now, arguably Section II's best wrestler may feel like he can let it rip before heading off to North Carolina State.

— No. 7 Jake Warren (Burnt Hills) vs. No. 3 Deonte Wilson (Amityville, Section XI): Warren could've easily been a top-three seed had he been healthy for the first chunk of the season. Now among the 30 semifinal wrestlers in Division I, only four are seeded No. 7 or lower (the tournament seeded eight spots in every bracket).

No. 1 Orion Anderson (Schuylerville) vs. No. 4 Cahal Donovan (Phoenix, Section III): Anderson is trying to make his third consecutive state final, and he won it all last year. His bouncy, physical style should be one of the crowd's highlights of the next two rounds.

No. 5 Zach Lawrence (Duanesburg) vs. No. 1 Tanner Cook (Central Valley Academy, Section III): Lawrence, a sophomore, has battled so hard the past three years to make it to the second night unbeaten. Now he gets a crack at a top seed who has been in the final the past three years, but has never won.

No. 3 Jason Hoffman (Hadley Luzerne/Lake George) vs. No. 2 Shawn Mosca (Carle Place, Section VIII): Hoffman's placed in the top four the past three years, including second two years ago and third last year. Mosca was a runner-up last winter. 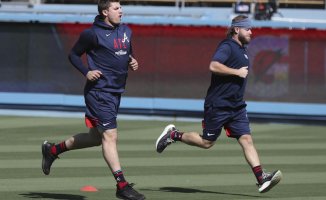