Five LBs with most to prove at 2017 NFL Scouting Combine

Editor's note: NFL.com analyst Chad Reuter will take a position-by-position look at prospects with the most to prove at this year's NFL Scouting Combine (March 3-6 on NFL Network) leading up to the event, concluding today with linebackers.NOTE: Click on... 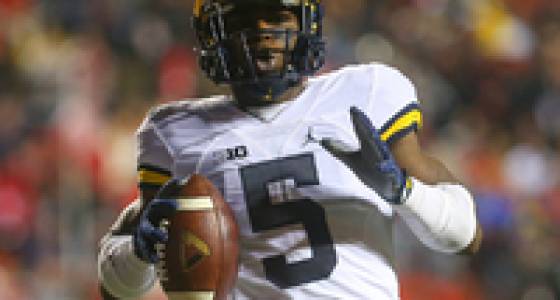 Editor's note: NFL.com analyst Chad Reuter will take a position-by-position look at prospects with the most to prove at this year's NFL Scouting Combine (March 3-6 on NFL Network) leading up to the event, concluding today with linebackers.

Last week, I previewed five edge defenders with the most to prove at this year's NFL Scouting Combine (March 3-6 on NFL Network). Generally, pass rushers are going to get more coverage than other linebackers because of the premium scouts place on guys that are able to chase quarterbacks.

Defensive coaches know, however, that inside linebackers are the glue of their units, and coverage linebackers have become more important over time as offenses rely on tight ends and slot receivers. These five linebackers might earn high draft slots, even if attacking QBs isn't their primary role, with the help of an excellent performance in Indianapolis.

Peppers will have perhaps the most important workout of any combine participant. Why? Teams know he's an athletic talent, but aren't necessarily sure where he fits in their defensive scheme. Is he physical enough to be a safety/linebacker hybrid player like Deone Bucannon? Can he hold up against pro linemen in that role? Or is he fluid enough to handle coverage responsibilities against NFL tight ends and slot receivers as a safety? His 40-yard-dash time and agility test results will be examined, but scouts will be analyzing his position drills just as closely to see if his movement ability allows him to be effective in the deep half.

Reddick gave his stock a big boost with his performance last month at the Reese's Senior Bowl. Now the question is whether he can show off enough athleticism to ensure a mid-first-round draft position. At under 6-foot-2, 240 pounds, will 3-4 teams view him as an edge rusher? Probably not. But those same teams could consider Reddick as a potential prolific inside linebacker who can blitz effectively to stop the run and affect the pass. There's a big difference (that can be measured in millions of dollars) between going in the middle of the first round (potential landing spots: Indianapolis, Miami, Denver) vs. late in Round 1 (Kansas City, Pittsburgh, New England). Reddick could also prove himself athletic enough to earn a starting job as a 4-3 outside 'backer at the combine, so teams like Minnesota, Detroit, and the Giants might see him as a fit in that role.

Although Vanderbilt doesn't get a lot of national attention, evaluations were paying attention to Cunningham's play this year, especially his game-sealing play on 4th-and-one against Georgia. Teams will be interested to see how strong and quick the tall, lean Cunningham appears in workouts. If he weighs in at 6-3 and more than 240 pounds, scouts know those measurements were similar to those of mid-first-round inside linebackers like Derrick Johnson and Brian Cushing. If Cunningham can show the agility (sub-4.0 three cone) and explosiveness (37.5-inch vertical) that Johnson did in 2005, Kansas City might not be able to draft Cunningham as Johnson's potential replacement because he'll be gone by the time they're on the clock at No. 27.

McMillan's been a bit under the radar this year, although he played well enough to earn first-team All-Big Ten honors in 2016. His work in athleticism drills this weekend could help bring his name back to the forefront. While he's likely a Mike-only linebacker at the next level, displaying the quickness to be a three-down player can push up his stock from a mid-to-late second-round selection to a top-40 pick.

Much like Reddick, Bowser is a former All-American Athletic Conference rush linebacker (8.5 sacks in eight games) whose stock could rise at the combine. While he could end up outside in a 3-4 defense, I suspect his ability to cover ground as a three-down 'backer will get him on the radars of teams looking for a versatile second-level defender. In a draft lacking top-level talent in stack linebackers, Bowser's ability to market himself to all teams through an excellent combine workout could result in a second-round draft position.