The civil lawsuit brought by Amelia Molitor, the Oklahoma student who was punched by running back Joe Mixon in 2014, has been settled out of court.Molitor's attorney released a statement via NFL Network's Mike Garafolo, although terms of the settlement... 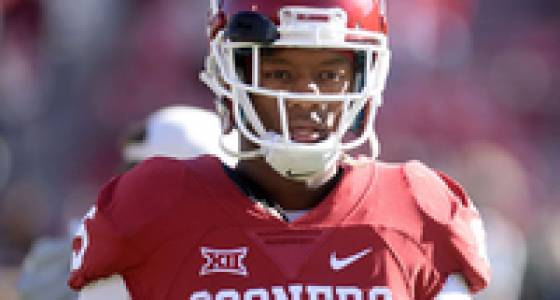 The civil lawsuit brought by Amelia Molitor, the Oklahoma student who was punched by running back Joe Mixon in 2014, has been settled out of court.

"I am happy we were able to bring the lawsuit to an end. Joe and I were able to meet privately, without any attorneys, and talk about our experiences since that night. I am encouraged that we will both be able to move forward from here with our lives," Molitor's statement read. "From our private discussions I am satisfied that we are going to put this behind us and work towards helping others who may have found themselves in similar circumstances. I greatly appreciate his apology and I think the feelings he expressed were sincere. We both could have handled things differently. I believe if we had a chance to go back to that moment in time, the situation would not have ended the way it did.

"... Going forward, Joe and I agreed we needed to move on from this situation and focus on the future. I'm now planning to attend graduate school. I still plan to speak out and support other people, whether on college campuses or elsewhere, who are faced with overcoming difficult circumstances that have attracted intense public scrutiny. I'm finished talking about what happened that night with Joe. It's time to move on from that. I wish Joe the best of luck in his future."

Said Mixon: "I'm thankful Mia and I were able to talk privately. I was able to apologize to her one-on-one. The way I reacted that night, that's not me. That's not the way I was raised. I think she understands that. Talking together helps move us past what happened. I know I have to keep working to be a better person, and this is another step in that direction. I love working with kids, and I'm looking forward to more chances to do that kind of work. I want to lead a life that inspires them, and I hope I can lead by example from today forward."

The misdemeanor criminal charge against Mixon, acts resulting in gross injury, was pleaded to probation, counseling and community service. He was suspended from OU's football team for the 2014 season. A video of the incident, released in December, brought renewed public scrutiny to Mixon, however, and his draft status has been clouded as a result. He's considered one of the top talents at running back in this year's draft. Reportedly, at least six NFL clubs have taken Mixon off their draft board.

The draft will be held April 27-29 in Philadelphia.