Welcome aboard, Dan Le Batard! According to our latest records, you’re a racist. All it takes is for two or more public figures to claim such and, Bingo!, you’re a racist!Last week on his Miami-based ESPN TV and radio show, Le Batard reacted to the selection... 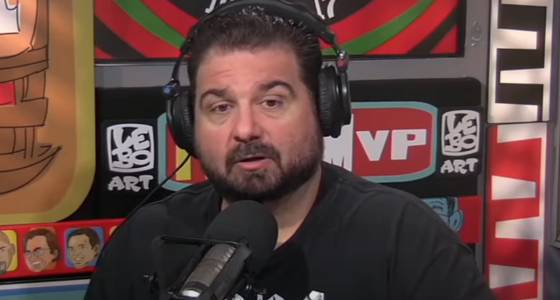 Welcome aboard, Dan Le Batard! According to our latest records, you’re a racist. All it takes is for two or more public figures to claim such and, Bingo!, you’re a racist!

Last week on his Miami-based ESPN TV and radio show, Le Batard reacted to the selection of Magic Johnson to run the Lakers’ (dis)organization with applicable sense:

He said it seems Johnson was chosen because he was a great player and remains a popular and charming presence, but was not selected for his basketball business acumen, thus he’s a bad choice.

Le Batard’s position was bolstered by none other than Magic Johnson, whose two engagements as an ESPN NBA expert painfully showed him detached from the NBA’s players and issues. To many-to-most clear-minded NBA fans, it was tough to disagree with Le Batard.

As for those who chose to recognize that Le Batard was saying Johnson, as a black man, is unqualified for his new position, then they’ve got the problem, not Le Batard.

Canon roared throughout the land and the accusations against Le Batard became the soup and sandwich of the day on sports-talk TV and radio everywhere. This just in: According to reports, Dan Le Batard is a racist!

And so a reckless interpretation became a matter of fact and/or enflamed debate because two public figures said — hoped? — it’s true. And now Le Batard will forever be minimally but accurately known as an accused racist.

Of course, there was not a word of support for Le Batard from ESPN, which is run by frightened executives who tiptoe a safe, one-way path on issues of politics and race.

Oddly enough, there might be some evidence that Le Batard, a Cuban-American, is a racist — an anti-white one. Last spring he condemned Goose Gossage’s cuss-strewn lament that the game is no longer played the “right way,” i.e., immodest demonstrations and failures to even run to first base have become standard.

Le Batard mocked Gossage as someone who actually meant the game is no longer played “the white way,” which was more silly than racist. For example, soon Dave Roberts, the Dodgers’ half-Asian, half-black manager yanked Yasiel Puig, a black Cuban, for again failing to run to first.

So does Roberts prefer the game be played “the white way,” or does Le Batard regard running to first and modest public behavior a race-based option?

ESPN, of course, let that slide.

Le Batard, he said, is dead wrong because as an all-time Lakers great, Magic Johnson, “with five NBA titles!” is the obvious guy to run the Lakers. The only one at least as qualified, spewed Smith, is Kobe Bryant.

We’ll leave it to Smith to explain thousands of examples to the contrary. But given his reasoning, he can now explain how Gregg Popovich, who didn’t play, let alone star in the NBA, coached five championship teams, and how one of baseball’s greatest players, Ted Williams, was 273-364 as a manager.

Smith, if he gets a chance, also could explain how General Dwight D. Eisenhower, who’d never been in combat, successfully served as the Allies’ World War II European commander.

Friday on the NHL Network, Evgeni Malkin, with the Pens since 2006, was asked about that mutual “bad blood.” He shrugged then said he’s not sure it exists.

Saturday’s NBC pregame was loaded with clips of Pens-Flyers brawls — from years ago. Got that, kids and slobbering young male adults? Stick around!

The Pens won, 4-2. No fights, not even a major penalty. Certainly, NBC and the NHL are aware of this continuing, dishonest sell. But so what?

Earlier, Saturday, NBC joined CBS in allowing some live golf to interrupt commercials. Yet, the worst came when NBC was on the course at the Honda Classic, but chose to go to another of those lengthy “Jake’s Takes” in which Peter Jacobson strains — but fails — to come off as golf’s Will Rogers.

Unfunny and unimaginative, this was a reel of clips of players reacting to good and bad shots — a waste of what should have been time devoted to what NBC advertised: live golf.

Given that I don’t have a water cooler, let alone a dugout, it was lucky for the remote I couldn’t reach it to throw it.

Saturday during SMU-UConn on CBS, the rarest of the rare: A player was called for “palming” the ball, a violation that has been ignored at all levels of basketball since, oh, the 1980s. I can’t recall seeing palming called since leisure suits and Nehru jackets.

But CBS didn’t know what it had. Spero Dedes matter-of-factly reported “a palming violation” while analyst Clark Kellogg didn’t even comment. And with plenty of time to immediately show a replay of this thought-to-be-extinct call, CBS didn’t.

Bill Walton, working ESPN’s Kansas at Texas, wore a tie-dyed T-shirt that read “Keep Austin Weird.” Walton is a guy you should all meet. Even better, he’d be happy to meet you.

Coming soon from MLB: Players who hit home runs over walls and fences are to immediately return to the dugout. No more running around the bases.

Think Florida St. feels any shame when Jameis Winston shows up at an elementary school to tell kids, while using atrocious grammar, that boys are superior to girls? And given Winston’s past, why did the school invite him?

Reader Mark Morley: “MLB is trying to speed the game in order to shorten the time between commercials.”