ENG vs NZ 1st Test playing 11: All eyes on team's line-ups of both teams

Devon Conway and James Bracey will make their debut for New Zealand and England at Lord's today. Check ENG vs NZ playing 11 probables, weather forecast and head to head details 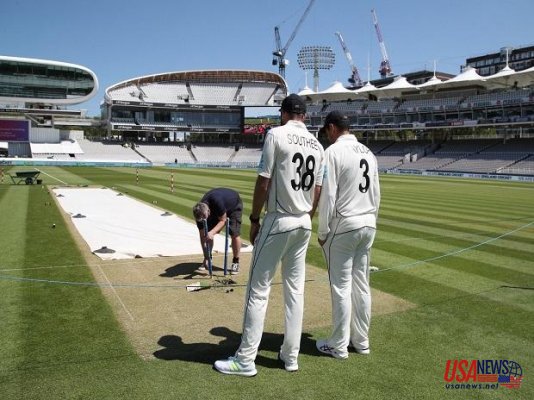 In the first Test of two-match series, Devon Conway and James Bracey will make their debut for New Zealand and England respectively at the Lord's cricket ground, London today. New Zealand captain confirmed on the eve of the match that Conway will partner Tom Latham at the top of the batting order. However, it would be interesting to see what would be the team combinations of both the teams.

Earlier, England and Wales cricket board has appointed Stuart Broad as a deputy of Joe Root as Ben Stokes has been ruled out of the Test series due to an injury. The board also announced that James Bracey would be England's 698th player, thus, he will keep the wickets for the hosts.

Boult is scheduled to travel to the United Kingdom on Friday and will only be available for the World Test Championship final against India on June 18.

On the other hand, England has rested its key multi-format players for the two-match series against New Zealand. This means captain Joe Root and Ollie Pope must step in to hold the England batting line-up. James Bracey is set to make his Test debut as wicket-keeper batsman Ben Foakes got ruled out of the series due to a freak injury in the dressing room.

It would be interesting to see whether England would go with the experienced opening pair of Dominic Sibley and Rory Burns or test its best strength in build up to the Ashes 2021-22.

The weather prediction for the next two days in London is pleasant, and the conditions are ideal for a game of cricket. However, rainfall is predicted for the last three days of the ENG vs NZ 1st Test.

he first Test between England and New Zealand is expected to end in a draw as three days of the play may be affected by inclement weather.