"The Bachelor" star Nick Viall, Olympic gymnast Simone Biles and two throwback pop culture icons who need no introduction, Mr. T and Charo, are among the dozen celebrities competing for the storied mirror ball trophy on season 24 of "Dancing... 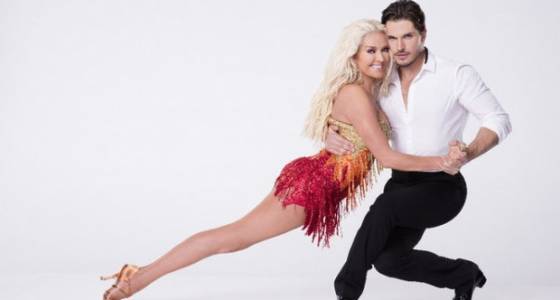 "The Bachelor" star Nick Viall, Olympic gymnast Simone Biles and two throwback pop culture icons who need no introduction, Mr. T and Charo, are among the dozen celebrities competing for the storied mirror ball trophy on season 24 of "Dancing With the Stars." The ABC reality television competition show "Dancing with the Stars" kicks off its 24th season on March 20 at 8 p.m.

Every year there are a couple of contestants who come into the amateur (repeat: amateur) competition with a leg up -- last year's champ Laurie Hernandez of Old Bridge, Biles' Olympic teammate already celebrated for her sassy floor routines, for example, or season 18 winner Meryl Davis, a two-time world champion ice dancer and Olympic gold medalist.

This year may have the ringer to end all ringers:: Heather Morris, the "Glee" star who also spent two years as Beyonce's backup dancer. Hmmm.

Here is the full list of contestants and their pro partners, which was revealed on "Good Morning America" Wednesday morning: