ANAHEIM – The Ducks shook up a stagnant trade market Friday by acquiring a scoring winger in Dallas forward Patrick Eaves for a conditional second-round pick in this summer’s NHL draft.Eaves, 32, is in the midst of a career season as he had 21... 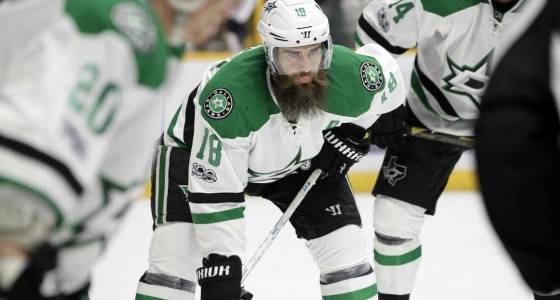 ANAHEIM – The Ducks shook up a stagnant trade market Friday by acquiring a scoring winger in Dallas forward Patrick Eaves for a conditional second-round pick in this summer’s NHL draft.

Eaves, 32, is in the midst of a career season as he had 21 goals and 16 assists in 59 games for the Stars. His availability became apparent when reports surfaces that there had been no talks between the winger and the team on a contract extension.

A veteran of five teams, Eaves signed a one-year, $1 million extension with Dallas before the season. The low salary certainly made him that much more attractive to the Ducks, who have been dancing around the salary cap ceiling all season.

Eaves has flourished on the power play, where 11 of his 21 goals have been scored. The Ducks can use the help as their work with the man advantage has gone ice cold, with just two power-play goals scored over the last 12 games.

"His strengths are to be put in offensive situations," Ducks coach Randy Carlyle said. "So we didn't acquire him for his penalty killing."

The pick, which is what the Ducks are due from trading Frederik Andersen to Toronto last summer, can turn into their first-round selection if they advance to the Western Conference finals and Eaves plays in half of their playoff games.

MORE TO COME ON THIS STORY