Daytona 500, demolition derby and all, is again like no other sporting spectacle

The Demolition Derby 500 finally ended on Sunday with the unpopular and often-criticized Kurt Busch surviving The Great American Wreck.You know what this means, right? It means the sport’s growing number of critics will continue to pan the Daytona... 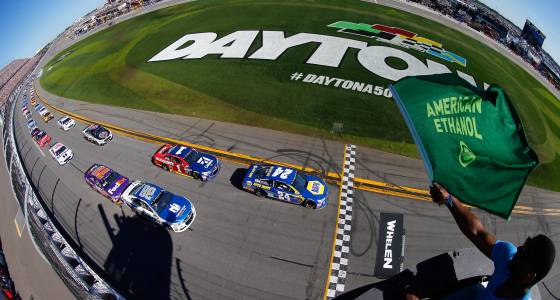 The Demolition Derby 500 finally ended on Sunday with the unpopular and often-criticized Kurt Busch surviving The Great American Wreck.

You know what this means, right? It means the sport’s growing number of critics will continue to pan the Daytona 500 and continue to write NASCAR’s supposed obituary.

I don’t care what the belly-achers and faultfinders say, this was one of the most exciting Daytona 500s I’ve ever seen. So what if many of the sport’s biggest names — Dale Earnhardt Jr., Jimmie Johnson, Danica Patrick, Kyle Busch, Brad Keselowski, etc. — were knocked out by the multiple crashes? So what if half the field didn’t finish and 35 of the 40 cars on the grid suffered varying amounts of car carnage during the course of this 500-mile test of survival and attrition? Who cares if pole-sitter Chase Elliott and race leader Kyle Larson both ran out of  gas on the last lap?

The racing was so intense and the competition so fierce, Elliott stormed away from the track without talking to the media. He was no doubt second-guessing himself and wishing he had done something different on the fateful final lap.

“If wishes were fishes, the world would be an ocean,” second-place finisher Ryan Blaney said philosophically.

This, ladies and gentlemen, is what sports is all about and why the Daytona 500 is so spectacular: Because anything can happen — and often does. How else do you explain the top five finishers Sunday being Kurt Busch, Blaney, A.J. Allmendinger, Aric Almirola and Paul Menard. This would be like the Orlando Magic starting five winning the NBA championship.

Unlike the NBA season, which is essentially a seven-month exhibition before the Cleveland Cavaliers and Golden State Warriors once again meet for the championship, anybody can win the Daytona 500. For crying out loud, one-hit wonder Trevor Bayne was threatening on the final lap to win his second Daytona 500.

So let the NASCAR naysayers go jump into a bubbling pool of Monster Energy Drink. What happened on Sunday is why the Daytona 500 remains one of the most breathtaking, hair-raising, nail-biting  events in all of sports. It is why the Daytona 500 is by far Central Florida’s most iconic, supersonic sporting event.

I know, I know, NASCAR is supposedly running on fumes and leaking oil and is on the verge of crashing and burning. At least that’s what the critics will tell you.

There were tons of stories leading up to the Daytona 500 about NASCAR’s demise, a lack of sponsors and plummeting TV ratings and attendance. A recent Wall Street Journal article entitled “NASCAR has hit the skids” put race officials on the defensive and essentially forced them into a desperate charge of “fake news.” While the article was one-sided, there is nothing fake about NASCAR viewership being down 45%.

This article came in the wake of NASCAR’s old title sponsor deal with Sprint running out after last season and reports that the new sponsorship deal with Monster Energy paid a fraction of what Sprint was paying. According to a report from Sports Business Daily, which  NASCAR refuted, Monster is paying only about $20 million per season compared to the $75 million Sprint was paying.

Thus, NASCAR did everything it could during the off-season to make its sport more appealing to television viewers and race sponsors. Numerous changes were implemented, including splitting the races into multiple segments to increase the competition.

Mission accomplished. The Daytona drivers on Sunday lived up to NASCAR’s new advertising campaign called “Ready. Set. Race.” In fact, they were racing so hard that the slogan should have been changed to “Ready. Set. Wreck.”

In the end, Kurt Busch, the bad boy of racing who has had issues with team members, sponsors, media members and a former girlfriend who he claimed was a trained assassin, led just one lap — the last one.

He won his first Daytona 500 even though his rearview mirror fell off with 30 laps to go. He won with a crew chief — Tony Gibson — who was born right across the street at Halifax Hospital. He won  driving for another former bad boy — Stewart-Haas co-owner Tony Stewart, the iconic driver who retired after last season without ever winning a Daytona 500.

“I ran this damn race for [17 years] and couldn’t win it and now I’ve finally won it as an owner,” Stewart said. “If I had known all I had to do was retire to win it, I would done it long ago.”

Busch, 38, says he’s settled down and his recent marriage to wife Ashley and his new team have helped him mature. He only wishes he had found this contentment earlier in his career.

If wishes were fishes …