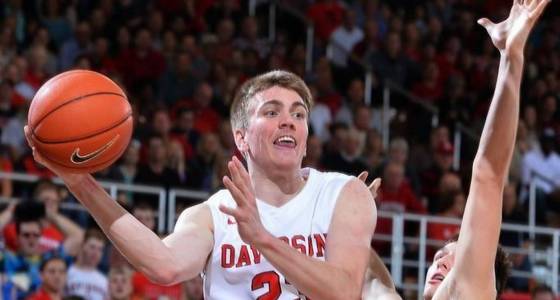 Behind senior guard Jack Gibbs, the Wildcats (14-13, 7-9 A-10 Atlantic 10) seized their largest lead of the game at 70-57 with about 7 1/2 minutes left in regulation. Dayton’s offense, meanwhile, seemed helpless, having gone about six minutes without a field goal.

But after breaking their field-goal drought, the Flyers (23-5, 14-2 A-10) suddenly started gaining momentum. Davidson’s offense went cold, and Dayton used an 11-0 run to tie the game at 72 with less than three minutes left.

Kendall Pollard, Dayton: He registered a double-double, scoring 18 points and hauling in a game-high 12 rebounds.

Smith, Dayton: After he scored just six points in regulation, Smith went 4-for-4 in overtime, including 3-for-3 on 3-pointers, to finish with 17.

Gibbs, Davidson: He scored 18 of his 27 points in the second half, which included a stretch where he scored 11 straight for the Wildcats.

▪  Dayton entered Friday averaging just 11.8 turnovers, the second-lowest mark in the conference. Davidson forced 11 in the first half and 16 total, leading to 21 points.

▪  Aldridge made his presence known for the first 29 minutes of the game, scoring 25 points. The junior forward, however, scored just two points for the rest of the game.

▪  Davidson went 1-for-7 from the field for the rest of regulation after seizing a 13-point lead.

▪  Junior forward Will Magarity missed his third straight game after suffering a concussion during the first half of Davidson’s win over George Washington on Feb. 15.

▪  The Wildcats’ 45-point first half marked their highest scoring half since pouring in 47 in the first against Saint Louis on Jan 8.

▪  Davidson’s 3-point defense ranked 13th in the A-10 entering Friday, allowing opponents to shoot 37.2 percent. Those woes continued against the Flyers, who shot 10-for-22 (45.5 percent) from behind the arc.