Darrelle Revis was one of the greatest draft picks in New York Jets history -- and the worst free-agent signing. It's not often a player falls into both categories, but Revis wasn't just any player.He was a transcendent star who copyrighted his own address... 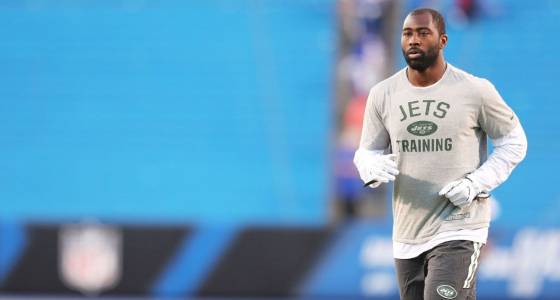 Darrelle Revis was one of the greatest draft picks in New York Jets history -- and the worst free-agent signing. It's not often a player falls into both categories, but Revis wasn't just any player.

He was a transcendent star who copyrighted his own address -- "Revis Island." He was the Jets' best homegrown player since Joe Namath. He had a chance to be the franchise's defensive version of Namath, but Revis 2.0 was an unmitigated disaster.

Postscript No. 1: Johnson should stay out of football decisions.

For $39 million, the Jets got one Pro Bowl season in 2015 (he made it on name only) and an embarrassing performance in 2016. Revis was so bad last season -- so un-Revis-like -- that cutting him was a no-brainer.

The Jets have committed many free-agent sins in their star-crossed history (Neil O'Donnell, for starters), but Revis was the costliest blunder.

This was a football decision, sources said. His recent arrest in Pittsburgh, still in the early stages of the legal process, wasn't a factor.

Yes, the Jets' security people did their own investigation, but it was obligatory due diligence. He didn't get cut because of four felony charges.

The once-great Revis got cut because of a bloated $15.3 million cap charge. Because he's 31 years old, going on 35. Because he couldn't shut down pedestrian receivers (Marquise Goodwin, anyone?), let alone elite wideouts. The idea of moving him to safety was pure folly. He didn't like to tackle at cornerback, so why would he be better at safety?

So no, he didn't get cut because of a TMZ video that was taken at 2:30 a.m. on a Pittsburgh street corner. He got cut because of the video from the 2016 season, which showed a Revis impostor struggling to keep up with the type of players he used to dominate.

And because the Jets are in a full-blown rebuilding mode.

Think of it this way: The Jets are paying Revis a total of $6 million (his 2017 guarantee) not to be on the team.

People who know Revis question whether he has lost his once legendary competitiveness. They say he didn't train with the usual ferocity last offseason; he admittedly reported to training camp out of shape. They wonder if he is distracted by off-the-field issues. Now, of course, he has serious criminal charges hanging over his head, which could hurt his value on the open market.

Johnson called Revis "one of the greatest players to ever wear a Jets uniform." That can't be disputed. But he ruined his chance for a happily-ever-after ending with the team that drafted him in 2007.

Revis Inc. is all about the money, and he forced a trade in 2013 when the Jets refused his contract demands. He should've stayed in New England's championship environment, but once again, he was lured by money. He took Johnson's $39 million, calling it a storybook homecoming.

Let's be real: It was a money grab. Now, for the second time in four years, the Jets sent him packing. This time, the divorce wasn't bitter. Both sides just fell out of love.