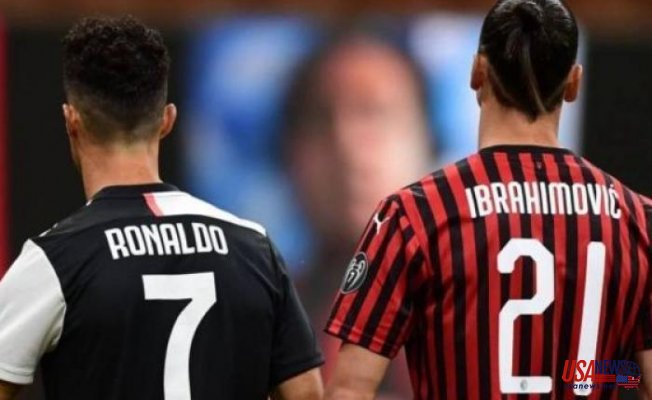 Covid-19 has not only just affected the economies and lives of normal human beings but sportsmen and athletes too. Even star football players like Cristiano Ronaldo and Zlatan Ibrahimović couldn't escape it. Both are currently playing in Italian football league Serie A. They are main players of their respective teams and playing their roles for the team wins.

Sportingbet.com is an online sports betting website that covers every match of Serie A and provides fan an opportunity to enjoy the beautiful game with online betting.

Zlatan Ibrahimovic surprising everyone at the age of 39

The Swedish national has played everywhere and proved his worth. Before again moving to Italy, he was playing in America for MLS. He was 2nd top goal scorer there with 30 goals in 2019-20 season just behind Carlos Vela. Zlatan Ibrahimović always loves to perform in competitive circumstances. That's the reason he has moved to AC Milan again so that he may help his team to win the scudetto. Unfortunately, Zlatan was tested positive for Covid-19 on September 24.  He remained in Quarantine for two weak. On 9th of October, he announced the good news that he's been tested negative for Coronavirus and completely fit to play. He returned with a bang and scored 7 goals in 4 matches so far. Milan's centre forward has also provided an assist. His most recent goal was against FC Udinese also with a bicycle kick.  No one can beat his mentality. Whenever he got suffered from injury or fell ill, he returned to the pitch stronger than ever.  Never doubt in Zlatan as he said: " Corona Virus made a big mistake to challenge me".

Ronaldo took 3 minutes to score after recovering from COVID-19

Ronaldo tested positive for Corona Virus last month was ruled out of Juventus squad. He missed one last dance against Barcelona. Football fans were excited after Barcelona and Juventus were placed in the same group stage of Champions League. Ronaldo also missed matches against Verona, Kyiv and Crotone. Juventus were unable to win a single match without Portuguese in Serie A. Ronaldo tested negative on October 31 and Pirlo added him in his squad. Pirlo said that he will play the match against Spezia but start from the bench.

He added a comment on the swab tests used to detect the virus: "PCR IS BULLSHIT". His comment brought the criticism of Para-medical staff who are fighting to stop COVOD-19.

Pirlo substituted Ronaldo in 2nd half in 56th minute. Ronaldo took only 3 minutes to score his first goal. Premier League, La Liga and Serie A goalkeepers couldn’t stop Ronaldo from scoring so is  Corona Virus unable to stop Ronaldo. Portuguese scored his second goal from the penalty spot with brilliant Panenka style. Ronaldo usually uses power to score penalty, this is the first time he went with Panenka.

35 years old COVID-19 recovered Juventus number 7 have now scored 5 goals in 3 games in Serie A along with an assist. He has 4 shots per game that show his hunger for the goal.

His rating versus Spezia is 8.2. His two goals secured a Serie A win for Juve after 2 matches. Juventus now move to number 3 from number 5.