Consorti up for the challenge; Wilson advances five to district semifinals

BETHLEHEM TWP.  | The circumstances have changed for Wilson Area High School’s Jon Consorti, but the goal remains the same; win a district wrestling championship. Consorti stepped closer to his goal Friday by advancing to the semifinals of the... 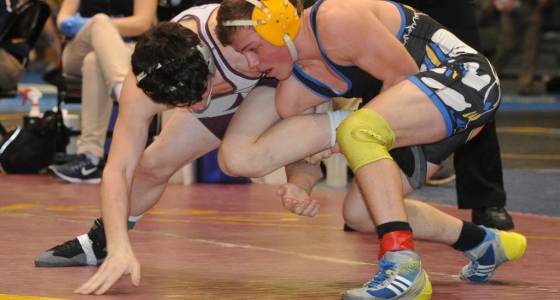 Consorti stepped closer to his goal Friday by advancing to the semifinals of the PIAA District 11 Class 2A Wrestling Championships at Freedom High School.

“Thing happen and you have to make adjustments,” Consorti said. “The main thing is, I was able to win my match and move on.”

Consorti (30-2) advanced with a 3-1 overtime win over Pine Grove’s Dalton Kintzel in the 126-pound quarterfinals – his first ever match at that weight.

The plan was for Consorti to drop down from 113, where he wrestled all season, to 106, where he placed second and third, respectively, at districts the past two season.

That plan fell through and the Warriors junior made the leap up two weight classes to 126.

The move paid off on Friday with the Warriors coming out of Day 1 of the tournament with a solid second-place showing.

The tournament resumes at 9 a.m. tomorrow with second round consolations followed by semifinals and third-round wrestlebacks round at 10:30. A fourth round of wrestlebacks is scheduled for 1 p.m. at Freedom before moving to Liberty High School for medal rounds for third and fifth places starting at 4. Championship finals will begin at 5:45. The top four wrestlers in each class advance to the PIAA 2A Southeast Regional Tournament next weekend at Wilson-West Lawn.

“Wrestle-offs happen,” said the top-seeded Consorti. “And kids lose their spots. Things don’t always work out the way you want them to, but I came in here with the exact same goal as I did when I was at 106 or 113. That’s to win a district championship, get to regionals and then get to states.”

Consorti, who weighed in at 124 pounds on Friday, battled Kintzel to a 2-2 tie in regulation and scored the winning takedown with 1.8 seconds left in the 1-minute sudden victory overtime period.

“I feel much stronger, wrestling at 124 pounds,” Consorti said. “I just need to open up more and wrestling my match. I was a little nervous, wrestling up that far for the first time. If you gout on the mat and you aren’t nervous, you aren’t ready. Anyone that tells you that they’re not nervous when they go out there, is either lying to you or they are not prepared.”

Bundro (29-1), the top-seed at 106, pinned Panther Valley’s Miguel Santiago in 3:08, while Branford (27-7) defeated Harrison Bernhard of Northwestern 6-2 in his quarterfinal bout.

Jared Corriere, the No. 5 seed, pinned Mahanoy’s Adan Soriano in 3:19 in the preliminary round and followed that up with a 6-2 decision over North Schuylkill’s Owen Boyer in the quarters.

“I think I wrestled OK, but I know I could have done better,” said Corriere, one of the few Wilson seniors. “Overall, I think we had a good first day.”

Flank (19-11), who competed most of the season at 195, but opted to enter the postseason at 220, pinned Panther Valley’s Tyler Beez in 1:52 in the prelims before knocking off third-seeded Daymian Shoop from Williams Valley 6-4 in the quarterfinals.

“That was a nice win for Kolby, beating the No. 3 seed and an upper-classman,” Mertz said. “He’s one of nine freshman on our squad and they’ve put in a ton of work in the offseason. They are all great teammates for one another and we have some veteran leaders that do a great job.”

Notre Dame-Green Pond sent four to the semifinals and sits in seventh place with 41 points.

Vonelli (28-7) won by fall over Jim Thorpe’s Tyler Reinert in the prelims and won a 12-2 major decision over Chett Pesta of Williams Valley in the quarters to set up a semifinal battle with Pen Argyl’s Nick Reto.

Reto (24-3) pinned Logan Pagotta from Lehighton and then held on for a 1-0 decision over Northern Lehigh’s Seth Fronheiser. 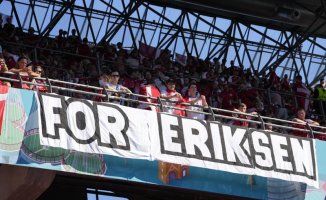