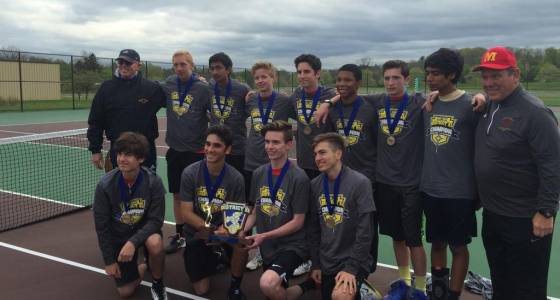 The Lions, who also won the league regular season title, finished with 17 points. Salisbury and Saucon Valley tied for second with 13 points each.

Junior Daniel Elmi won the No. 3 singles tournament for the Lions. Moravian Academy senior Ryan Brands and sophomore Robbie Shaff won the title at No. 1 doubles and junior Ben Wax and sophomore Ryan Hoffman were champions at second doubles.

Find the tournament brackets below: