So often this season, Clemson appeared on the verge of a momentum-shifting ACC win, only to fall a few points short.Entering Wednesday’s home game against N.C. State, nine of the Tigers’ 12 ACC losses had come by six points or less, including four by... 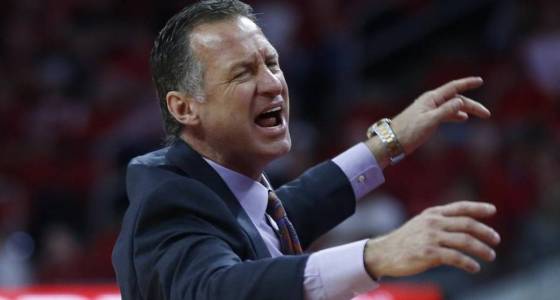 So often this season, Clemson appeared on the verge of a momentum-shifting ACC win, only to fall a few points short.

Entering Wednesday’s home game against N.C. State, nine of the Tigers’ 12 ACC losses had come by six points or less, including four by just two points.

For a moment Wednesday, it looked as if Clemson might suffer another disappointing, single-digit defeat. But the Tigers pulled through in the waning minutes, knocking off the Wolfpack 78-74 in coach Mark Gottfried’s final regular-season game at the helm.

The Wolfpack cut the deficit to one point moments later, and after both teams continued exchanging blows, a pair of free throws by N.C. State’s Abdul-Malik Abu kept the Wolfpack within one point with a minute left.

But that was as close as N.C. State would get.

Jaron Blossomgame pushed Clemson’s lead to two points on a free throw with 32 seconds left, and all of the fans in Littlejohn Coliseum let out a collective sigh of relief as Dennis Smith Jr. air-balled a 3-pointer with three seconds remaining.

Jaron Blossomgame, Clemson: After going scoreless in the first half, he had 16 second-half points, including eight in the final three minutes.

Shelton Mitchell, Clemson: He also scored 16 points, 10 of which came in the first four minutes, 37 seconds.

▪  Clemson held a 12-7 edge on the offensive glass, leading to a 25-3 advantage on second-chance points.

▪  N.C. State freshman Markell Johnson suffered a left knee injury midway through the first half after colliding with Clemson’s Elijah Thomas. He was eventually carried off to the locker room. Johnson had come along over the previous three games, averaging 9.3 points, 4.0 assists and 1.3 steals.

▪  The Wolfpack gets five days off before the ACC tournament begins Tuesday at the Barclays Center in Brooklyn, N.Y.

▪  Blossomgame made his third field goal of the game with six minutes, 19 seconds left. With it, he ranks in the top 10 in Clemson history in points, rebounds, field goals, free throws, starts, minutes, 10-point games and 20-point games.

“It probably does help a little bit, just to have some guys make some plays and to see one of the last shots go out. Guys did some nice things. I thought we executed well down the stretch.” – Clemson coach Brad Brownell when asked if it was better to win a close game or one by double digits at this point in the season.

“I’ve been really proud of them. I think sometimes people forget how hard it is for them, too. We recruited every single guy on this team, have got great relationships with every guy and it’s tough for them sometimes, too. But they’ve battled..” – Gottfried on his players.

“We’ve shown all year we can play with the best of the best and compete at a high level. When we do that, we can beat anybody in this conference. Brooklyn will be very interesting for us and also a lot of other teams.” – Blossomgame.