Chris Mullin’s honest and harsh assessment spoke volumes, louder than the ugly numbers.“Just lack of physicality, giving people space and not taking on one-on-one-challenges,” the St. John’s coach said.Mullin’s words were in response to his team’s... 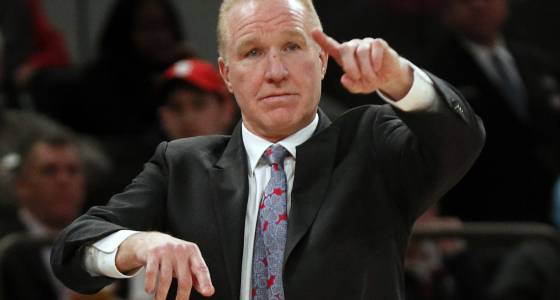 Mullin’s words were in response to his team’s performance at the defensive end during the Red Storm’s two-game losing streak, lopsided losses at No. 22 Butler and Marquette in which they allowed an average of 101.5 points per game, 57 percent shooting from the field, and were out-rebounded by a combined 24.

“Why? I don’t know,” Mullin said, when asked about the performances as St. John’s prepared to host Georgetown on Saturday at the Garden. “We’re focused on changing it for tomorrow.”

Junior Bashir Ahmed criticized the Johnnies’ communication — or in this case lack thereof. There were too many open shots, too many defensive breakdowns, teammates failing to help one another when another was beaten off the dribble. The help defense just wasn’t there.

“We were scrambling,” Ahmed said. “We just need to come together as one unit and communicate more on the floor, which will help us play better defense.”

St. John’s (12-16, 6-9 Big East) has struggled on the defensive end for the most part this year, allowing a Big East-high 77.5 points per game. Mullin’s team is also last in the Big East in 3-point percentage defense (37 percent) and eighth in field-goal percentage defense (45 percent). But the numbers are vastly different depending on where the games are played. St. John’s is allowing 90.1 points per game on the road in the conference, but just 74.2 at home.

“We work on defense every single day,” Mullin said. “Statistically, [our struggles] are right in our face. … It’s clear as day.”

On paper, Saturday’s opponent would seem like a break. Ninth-place Georgetown is in the midst of another poor season, leading fans to call for coach John Thompson III’s job. The Hoyas just blew a late lead at home to DePaul, which entered with a 10-game losing streak.

But Georgetown has owned St. John’s since Mullin took over, winning three contests by an average of 24.3 points. The first meeting this year was a 28-point Red Storm loss, an 83-55 shellacking full of garbage time. Thompson’s team is loaded with quality size — players like 7-footer Bradley Hayes, 6-foot-10 forward Jessie Govan and 6-foot-8 forward Akoy Agau — a St. John’s weakness.

“They’re just more physical. The last three meetings they played against us, they really set the tone and we weren’t able to punch back,” sophomore guard Malik Ellison said. “We really want to come in the Garden tomorrow and hit them early.”