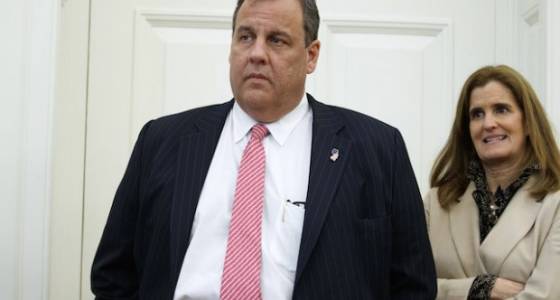 Boomer Esiason told NJ Advance Media on Friday that Christie would be "great." But Esiason couldn't resist making a wise crack about Christie and Francesa, who are both rather rotund.

"Well, he'd fit the seat," Esiason joked about Christie taking over for Francesa. "That's for sure. Poor Chris. He takes a beating. I know, I know. I just can't help it. It's just too easy.

"If he decided to do it, he could do it. He's smart enough. He's articulate enough. He obviously is a sports fan. As a sitting governor, he probably knows more sports than any other governor in the country.

"I think he would be a great host if he wanted to do it. I don't necessarily know that's exactly what he had in mind. But I know he could do it. If he's paired with the right guy like I am, he could basically do it easily."

Esiason, a former Jets quarterback, hosts WFAN's morning show with Craig Carton, who has a radio background. Christie has been a guest on that show.

Francesa, a brash sports talk radio pioneer, is leaving WFAN when his contract expires at the end of 2017. Christie is a candidate to replace him. Christie's second gubernatorial term concludes after this year.

"The one thing I will say about him is he stays true to his convictions," Esiason said. "I'd like to believe when I listen to him, and he says he's going to do something, he does it. I'm not so sure that all the other politicians in the world actually do it that way. But he's got a straight, kind of blunt style that I'm not so sure a lot of people really care for."

Esiason, at least, has been impressed by Christie's radio chops during his morning show guest spots on WFAN. Carton, a friend of Christie, introduced the governor to Esiason, who has gotten to know Christie.

"He loves coming in [to the studio] and just being away from the politics of it all," Esiason said. "Politics is a rough sport, man. You just don't know where the slings and arrows are coming from half the time. Unlike the actual sports world, where you know where they're coming from.

"I met [Christie] at a Mets game, and I've seen him at Rangers games. I'm like, 'This guy, he's got everything that I have, in terms of the passion for the sports and the teams that we both love.' Except that I'm not a lover of the Dallas Cowboys. That's like blasphemy around here.

Esiason's foundation hits close to home. His son, Gunnar, has cystic fibrosis. But he now lives a productive life, coaching high school football and hockey on Long Island, after being diagnosed at age 2, in 1993. Still, Boomer Esiason's battle against cystic fibrosis continues.

"One of the things our foundation really promotes for CF families is activity. Don't sit at home. Don't sit on your hands. Get out and run, skate, bike. Do something that you love to do physically, whatever it may be. But just go out and participate and clean those lungs out as best you can. It's been an unbelievable 20 or so years that we've done this. We've raised over $130 million. We've given $4 million away in scholarships to CF patients all across the country."