Arizona has hired Central Michigan athletic director Dave Heeke to replace Greg Byrne as the school's vice president for athletics.Byrne left to become the athletic director at Alabama in January after seven years at Arizona. He officially begins at Alabama... 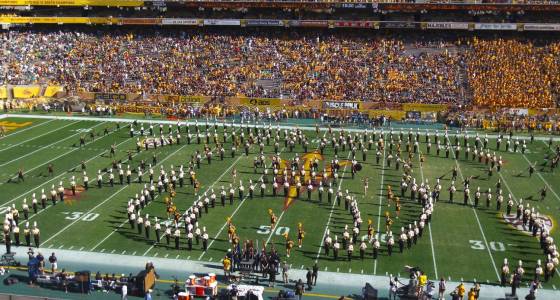 Byrne left to become the athletic director at Alabama in January after seven years at Arizona. He officially begins at Alabama on March 1.

"I couldn't be more excited to be part of the Arizona Athletics family," Heeke said in a statement. "It is truly an honor to be named the new Vice President for Athletics and have the opportunity to return to the prestigious Pac-12 Conference."

Heeke spent the last the last 11 years as the athletic director at Central Michigan, but he spent the 18 previous years working at Oregon. He served in various capacities in the Ducks' athletic department, eventually moving up to senior associate athletic director. The Arizona Board of Regents still needs to approve Heeke's hire, which is viewed as a mere formality.

The hire was announced by Arizona president Ann Weaver Hart, who told the Board of Regents in September she would not seek a renewal after her contract expired in 2018. A search for her replacement is ongoing.

"I am pleased and excited that Dave has accepted the position," Hart said in a statement. "I was impressed by his sustained level of accomplishment in promoting superior academic and athletic achievements by their student athletes and his ability to rally record levels of fundraising for facility improvements in all sports."

In a release announcing Heeke's hire, the school said former Arizona athletics directors Cedric Dempsey and Kathleen "Rocky" LaRose assisted Hart with the search that included 65 nominees and candidates. LaRose will stay on to help the department transition to Heeke.