In the climax of what has been a flurry of front-office activity surrounding the Carolina Panthers defensive line, the team’s franchise tag was placed on defensive tackle Kawann Short on Monday afternoon.The tag is non-exclusive, meaning Short can talk... 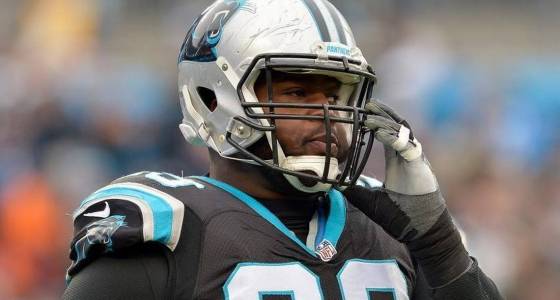 In the climax of what has been a flurry of front-office activity surrounding the Carolina Panthers defensive line, the team’s franchise tag was placed on defensive tackle Kawann Short on Monday afternoon.

The tag is non-exclusive, meaning Short can talk with and potentially sign an offer sheet with another team, which the Panthers could match and keep him or not match and receive two first-round picks in return.

The move came two days before the official “tag deadline” and more than a week before Short was due to hit the open market as a free agent. He has until July 15 to work out a deal with the Panthers.

The projected value of the tag for a defensive tackle is $13.5 million.

Short was tagged just hours after the Panthers re-signed defensive end Wes Horton to a two-year deal, and extended defensive end Mario Addison’s contract by three years and a reported $22.5 million. Short and Addison were two of the top priorities for the Panthers as free agency approached.

Last season, general manager Dave Gettleman rescinded the franchise tag placed on corner Josh Norman when the two parties could not get a deal done. Norman then left to play for Washington, and Carolina had to draft two rookie cornerbacks. The team will receive a compensatory pick, No. 98, in this year’s draft as a result of the move.

During the team’s locker room cleanout day this winter, Short said that if he were to receive the franchise tag, the situation would not be the same as the mess that occurred with Norman.

Short then said he would probably sign the tag, although that statement was walked back by a sourced Pro Football Talk report, which stated that Short “would not sign the tag quickly, if at all.”