The St. Louis Cardinals agreed to a minor-league contract with Cuban outfielder Jose Adolis Garcia and invited him to their big league spring training camp.Garcia could make it up to the Cardinals at some point this season, according to general manager John... 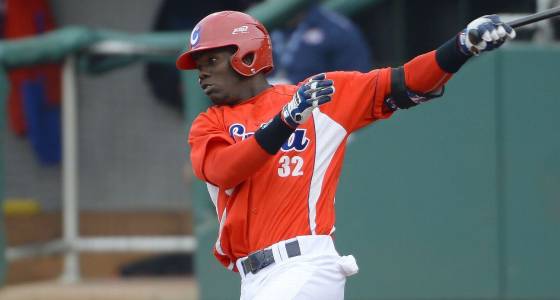 The St. Louis Cardinals agreed to a minor-league contract with Cuban outfielder Jose Adolis Garcia and invited him to their big league spring training camp.

Garcia could make it up to the Cardinals at some point this season, according to general manager John Mozeliak.

Garcia, who played in Japan last season, is the younger brother of Atlanta Braves third baseman Adonis Garcia. He will compete with Tommy Pham, Jose Martinez and others for at least one and maybe two extra outfield spots.

The deal is for one year and worth $2.5 million, MLB.com reported.

"Obviously there were other offers and there were other teams, but I picked St. Louis because of the tradition and because it is such a wonderful organization and I knew that I was going to identify with the team and fit in,'' Garcia said through an interpreter.

The move continues an aggressive foray into international talent markets by the Cardinals, who blew past their spending cap on international prospects in this signing period.

Garcia's deal will not count against the Cardinals' spending limit because he played professionally.

Garcia, 24, was the MVP of the Cuban national league last season. He batted .315 with a .912 OPS. Baseball America rated him the No. 20 Cuban prospect available.