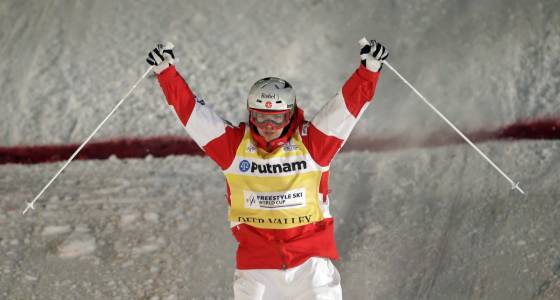 Kingsbury, who had already secured the overall moguls title this season, has won a record 41 career World Cup golds.

“It was an amazing season,” Kingsbury said. “I’m happy with where I am right now and I believe I’ve done a good job with my coaches and team to get me to this point and win my sixth World Cup crystal globe.”

On the women’s side, Justine Dufour-Lapointe of Montreal won bronze, finishing behind gold medallist Britteny Cox of Australia and silver medallist Perrine Laffont of France.

Justine Dufour-Lapointe was the top Canadian in the overall moguls standings in third place, ending a string of five straight second-place finishes.

Dufour-Lapointe said she’s happy with the season despite slipping in the standings.

“Even if it’s not the perfect season I hoped for, it’s the next one that’s more important,” Dufour-Lapointe said. “For me, that third place is just a symbol of that. That I’m strong enough to face the Olympic year and the world championship next week.