Famagusta 15°
few clouds
BUSINESS EDUCATION ENTERTAINMENT HEALTH POLITICS SCIENCE SPORTS TECHNOLOGY
10:22 Four Benefits of Hiring a Dedicated Development Team
04:48 Mark Kelly, President of Safety Marking Inc., Discusses Structuring Effective...
17:58 Trump wants to play golf at the Biden swearing-in in Scotland - but is...
17:54 First doubts Regarding tightened Steps: two National Countries Extract...
10:39 Covid-19 : in France, the end of containment and entry into force of the...
04:34 The schools of Rome will use the Internet with light bulbs: what it is...
10:58 Kratom Tea: How Is It?
11:46 Office Furniture Products for you!
12:17 Top Clubs, Their Value, Revenue And Current Standings
11:14 Reasons Why Rewarding Yourself is a Good Practice
BIST
1535
GOLD
440.705
USD
7.3988
GPB
10.0957
EUR
9.0139
Breaking News
Which Cake Flavours Do Americans Like Most?
Close

ZHANGJIAKOU, CHINA—Canada’s Mikael Kingsbury isn’t slowing down even though he has already locked up the Crystal Globe as the top skier on the World Cup moguls circuit.He continued his dominant season Saturday by winning his sixth straight... 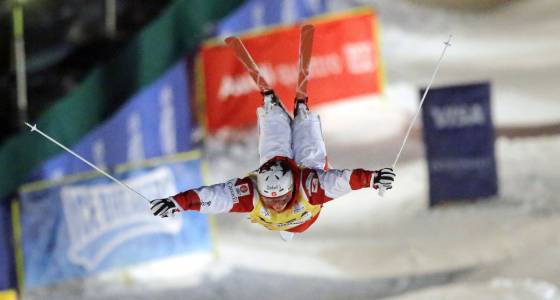 ZHANGJIAKOU, CHINA—Canada’s Mikael Kingsbury isn’t slowing down even though he has already locked up the Crystal Globe as the top skier on the World Cup moguls circuit.

“I ended up skiing very well all day so I’m happy to take (my) sixth win in a row, which is pretty crazy,” Kingsbury said.

“I had less pressure than the other events because I knew I already won the Crystal Globe,” Kingsbury said. “It was nice to ski and have fun all day and I think it showed in my skiing. I was pretty fast and jumped well all day so I’m happy to take the win.”

His latest moguls win was the 41st title of his World Cup career. The dual moguls event was scheduled for Sunday and the world championships are on tap next month in Sierra Nevada, Spain.

Kingsbury is also in great position to earn the Big Crystal Globe awarded to the best freestyle athlete across all disciplines. He leads the World Cup moguls standings and is second in the overall freestyle rankings.

On the women’s side, Justine Dufour-Lapointe of Montreal won silver with 79.26 points. Perrine Laffont of France took gold with 80.01 while Australia’s Britteny Cox captured bronze with 76.52.

“I feel really happy to stand on that podium in second place,” Dufour-Lapointe said. “That course was awesome. I really enjoyed skiing it.”

Andi Naude of Penticton, B.C., was seventh, Audrey Robichaud of Quebec City was eighth and Montreal’s Maxime Dufour-Lapointe was 11th.

Justine Dufour-Lapointe is the top Canadian in the overall standings moguls standings in third place. Naude is fourth.