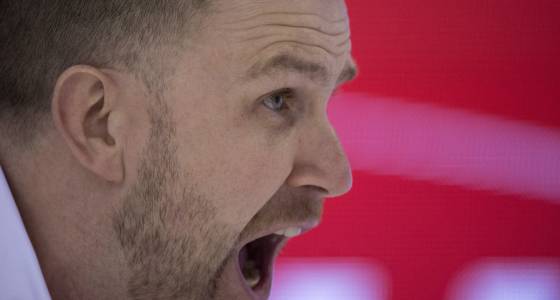 The St. John’s, N.L., skip had hammer for the opening end and hit an open draw for a deuce. The rout was on in the second end as Stukalskiy wrecked on a guard to give Canada a steal of four.

Russia got on the board with two points in the third but Gushue answered with a pair in the fourth for an 8-2 lead.

Two more draws were scheduled for later Sunday at the Northlands Coliseum. Canada will play Sweden’s Niklas Edin in the late draw.

Round-robin play continues through Thursday and the medal games are set for next Sunday.

Canada has won gold 35 times in the 58-year history of this event.

Gushue is trying to become the first skip to win gold at the world junior championship (2001), Olympic Games (2006) and world men’s championship.

A podium appearance would also give his team a berth in the Olympic Trials in December in Ottawa. Gushue is a virtual lock to qualify at the end of the season thanks via ranking points.