Can Westbrook average a triple-double? He's got a 75 percent chance

Editor's note: Russell Westbrook's statistics currently are through Friday, Feb. 24.Can Russell Westbrook average a triple-double for a full season? In 1961-62, Oscar Robertson became the only player in NBA history to achieve the feat when he posted 41... 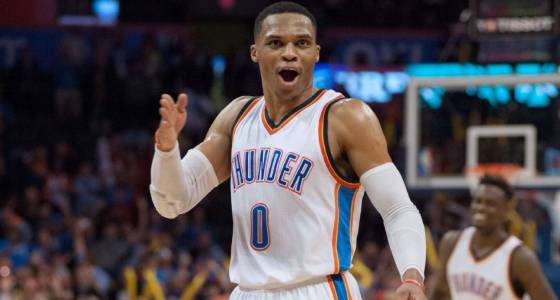 Can Russell Westbrook average a triple-double for a full season? In 1961-62, Oscar Robertson became the only player in NBA history to achieve the feat when he posted 41 of his record 181 triple-doubles. Westbrook has a chance to match the Big O's signature accomplishment. We're tracking the Oklahoma City Thunder guard's triple-double pursuit all season long.

So far, so good. When Westbrook posts a triple-double, the Thunder tend to win. Check out the win percentages, which show OKC benefits from Russ being Russ:

Credit: Information from the Elias Sports Bureau was used for the Westbrook versus Robertson comparison.