Can Fowler drive away with fourth win at Honda Classic?

PALM BEACH GARDENS, Fla. -- If there is frustration, Rickie Fowler rarely shows it. He goes about his business with a positive attitude, even if the results do not always add up.He is active on social media and engages with fans -- such as on Friday for an... 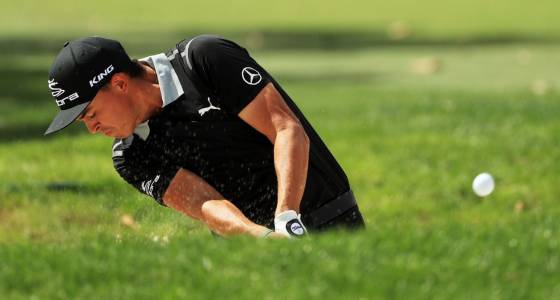 PALM BEACH GARDENS, Fla. -- If there is frustration, Rickie Fowler rarely shows it. He goes about his business with a positive attitude, even if the results do not always add up.

He is active on social media and engages with fans -- such as on Friday for an autograph session set up by one of his sponsors at PGA National -- and he was so highly regarded that he was the youngest player to be named to the U.S. Ryder Cup Task Force when it was formed two years ago.

But there is that important matter of stockpiling trophies, and Fowler, 28, has been lacking in that area for more than a year.

If not winning bugs him, Fowler does not let on. But surely a competitor with his abilities and world ranking (14th) burns a bit inside at the lack of tournament titles.

"Last year statistically was his best year, but we didn't get a win in the United States and didn't have the results that he could have had,'' said Fowler's caddie, Joe Skovron, after the golfer put himself in position at the Honda Classic with a second-round 66 that left him alone in third place, a shot behind leaders Ryan Palmer and Wesley Bryan. "So the goals we talked about coming into this year were all about winning. And you just have to take care of playing good golf to do that. He's just trying to get better little by little every week.

"He's aware he hasn't won since Abu Dhabi. He's aware he hasn't won on the PGA Tour since the Deutsche Bank (in 2015). We don't talk about it a lot. But I know Phoenix last year stung, and Charlotte stung a little bit and Barclays definitely stung. And not making the Tour Championship. Those things provide extra motivation this year."

Fowler's consecutive 66s on Thursday and Friday put him in position to capture his fourth PGA Tour title, a number that would match him with Justin Thomas, who got there by winning three times already this season, including twice in Hawaii.

After winning the European Tour's Abu Dhabi event in January 2016, Fowler moved to a career-best fourth in the world. He joined what turned out to be a short-term Big Four of Jordan Spieth, Rory McIlroy and Jason Day.

But Fowler has fallen to 14th in the world since then and would need a run of several strong months of play to be able to join that lofty status again.

"I feel like it's time for me to start finishing off some more events when I am in this position,'' said Fowler, who started 66-66 a year ago at Honda before fading to a tie for sixth. "I wouldn't look back just at this specific event, but there's been a few where I've had a chance and I feel good out front or around the guys in the lead.''

After winning the Abu Dhabi tournament last year, Fowler gave up a late lead at the Waste Management Phoenix Open and lost to Hideki Matsuyama in a four-hole playoff.

Fowler was the 54-hole leader at the Wells Fargo Championship in 2016 but finished fourth. Then he missed consecutive cuts at the Players, Memorial and U.S. Open. He didn't have a chance to win again until the Barclays, where he was bidding to make the U.S. Ryder Cup team on points. A final-day 74 dropped him to a tie for seventh, and although he was still picked for the Ryder Cup, Fowler failed to make it to the Tour Championship.

"I think the Ryder Cup was huge for him,'' Skovron said. "To go and get that point with Phil (Mickelson in a first-day foursomes match) and then to beat one of their best players in singles (Justin Rose), that's a big deal. We hadn't won a singles match in a Presidents Cup or a Ryder Cup. It was really nice to get ... one of those.''

With all the young talent in golf today, Adam Scott knows getting back to No. 1 in the world won't be easy. A repeat win this week at the Honda Classic would certainly elevate his chances.

The PGA Tour heads to Florida and PGA National, site of the infamous "Bear Trap." Track all the action, hole-by-hole and round-by-round.

"It's not that I played bad, but I didn't play good,'' Fowler said. "To go and be able to play on the teams I got to play on, from the Olympics to Ryder Cup, World Cup (he and U.S. teammate Jimmy Walker tied for second), finally getting to be a part of a winning Ryder Cup team -- I don't look back and look at it as a bad year.

"It was a special year to be a part of the teams. Was able to build on some confidence off of that, just being around the guys playing well and myself playing well.''

Still, Fowler felt the need to make some changes, ones he pondered earlier this year in Abu Dhabi but finally put in place this week after experimenting with a shorter shaft in his driver.

It might not seem like much, but going from a 44½-inch shaft to 43½ can take some practice. Fowler has seen an improvement in driving accuracy and is willing to live with a few fewer yards off the tee.

"I'm looking forward to this weekend,'' he said. "A place, on a golf course I feel comfortable. And I'm comfortable with the game right now. It's going to be a fun weekend.''