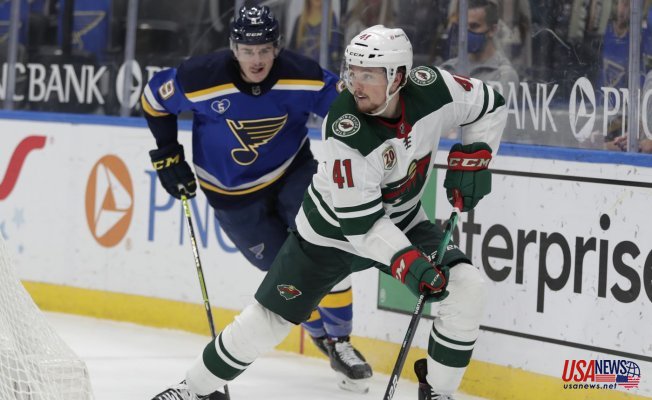 The Blues are secured into fourth position in the West Division, also will face Colorado in the first round of the playoffs.

"It was fairly clear what was happening on the very first stage," Perron said. "Much like (former Blues coach Ken Hitchcock) was able to say'We just drove our sticks onto the ice and played' so we'd talked about it. (Blues coach Craig Berube) brought this up also."

He ended the season with a Wild rookie-record 16 successes.

Schenn scored his second objective of the game and 16th of the year with 5:57 remaining in the second period to put St. Louis ahead 4-3. It marked the fourth time this year the Blues scored four goals in a span.

"The campaign clearly was not there," Schenn stated concerning the first phase. "Chief (Berube) type of came in at the first intermission and said we are not playing like this tonight. I think men kind of possessed up to it and went out and played tougher."

Perron scored his first objective of the game, tying it with 8:27 to go in the next phase. He became the very first Blues player to average a point per game in the regular season because Pavol Demitra at 2002-03.

"He adores the rink, enjoys being around the guys," Berube said. "That energy and emotion he chooses on the ice night in night out actually fuels him drives our staff also."

Kyrou scored his 13th and 14th goals after in the next phase to effectively put the game out of reach.

Blues LW Jaden Schwartz was scratched to get D and rest Colton Parayko sat and is daily with overall wear and tear.