Arguably the top cornerback set to become a free agent will in fact become a free agent. According to Bills head coach Sean McDermott, Buffalo won't use the franchise tag on Stephon Gilmore.  Jets release Darrelle Revis: What to make of it Come March... 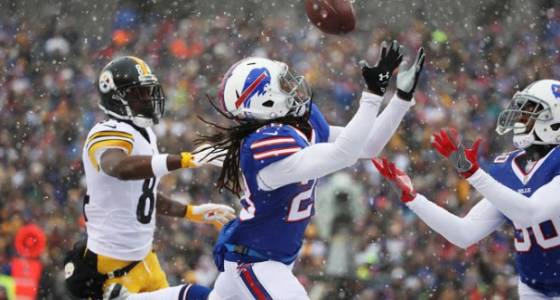 Jets release Darrelle Revis: What to make of it

Come March 9, Gilmore is free to sign with any team of his choosing. Could the Eagles or Jets be interested?

Gilmore, 26, has quickly established himself as one of the better ball-hawking cornerbacks in the NFL. In his last three seasons, he has 11 interceptions, including a career-high five in 2016. He finished with a PFF grade of at least 73 in 2014, 2015 and 2016.

With the Rams expected to tag Trumaine Johnson, Gilmore becomes the top option on the open market. Some team will compensate him for his services. Last year, the Giants signed Janoris Jenkins to a five-year, $62.5 million deal. With the cap expected to jump $10 to $15 million, it's likely Gilmore's deal exceeds Jenkins'.

The Jets are in the market for a cornerback after releasing Darrelle Revis late Tuesday night. As things stand right now, just Buster Skrine, Juston Burris and Darryl Roberts are under contract heading into 2017. Marcus Williams is a restricted free agent.

The Eagles are expected to heavily pursue a cornerback in free agency. Nolan Carroll and Leodis McKelvin, Philadelphia's two starters last year, were arguably the worst tandem in the NFL. The Eagles released McKelvin in early February, and aren't expected to re-sign Carroll.

Philadelphia is currently $9.692 million under the projected team salary cap of $168 million, per overthecap.com. The Jets are $27.784 million under, after Revis' release.