Bernie Custis, pro football's first black quarterback who blazed the trail for future Canadian Football League stars Warren Moon, Chuck Ealey and Damon Allen, has died. He was 88.Custis made pro football history on Aug. 29, 1951, when he became a starter... 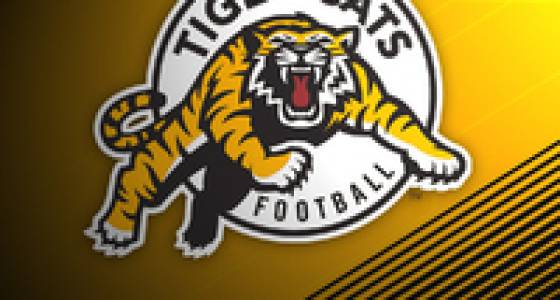 Custis made pro football history on Aug. 29, 1951, when he became a starter with the CFL's Hamilton Tiger-Cats, who confirmed his death Thursday.

He starred at quarterback at Syracuse and was selected sixth overall by the Cleveland Browns in the 1951 NFL draft. But the former college roommate of Al Davis was told he'd play safety with the club, a move he resisted.

The native of Washington opted to sign with Hamilton instead, starting every game in his first season in the Interprovincial Rugby Football Union, one of the leagues that would later form the CFL. Custis moved to running back the following season and in 1953 helped Hamilton win the Grey Cup, 12-6, over Winnipeg.

Custis finished his pro career with the Ottawa Rough Riders, playing running back in 1955-56.

"Trailblazers are rightly remembered for being the first," CFL commissioner Jeffrey Orridge said. "Bernie Custis, the first black professional quarterback in the modern era starting with the Hamilton Tiger-Cats in 1951, should be revered as well for being one of our best. A world class athlete, he excelled both as a quarterback and a running back. A tremendous leader, he was a successful coach who had a positive impact on countless young lives. A true gentleman, he brought honor to our game and our league, and provided us with a role model to emulate."

"Bernie was one of the great pioneers in our sport and our league, and he changed professional football with his courage and leadership," said Bob Young, caretaker of the Tiger-Cats. "Most football legacies have a one dimensional impact, but Bernie's universal influence on the game as a player, and his legacy in Hamilton and Ontario after his playing days, is truly legendary as a builder of the game. His elegant nature and graceful style will always be an important part of the Tiger-Cats and our entire league history."

After football, Custis returned to Hamilton, enjoying a long career as a teacher and school principal. He also was involved in coaching at various levels over 31 years.

Copyright 2017 by The Associated Press