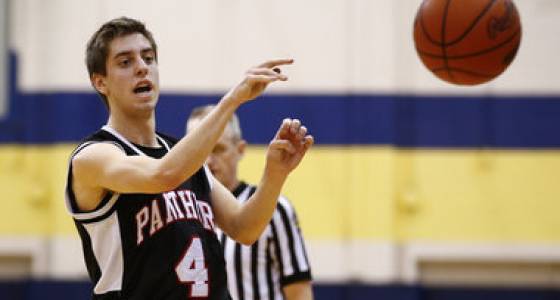 Bethlehem Catholic boys basketball team turned a 5-0 deficit into a 15-5 lead and then rolled to a 60-34 victory over Saucon Valley in the District 11 Class 4A semifinals on Tuesday night at William Allen High School.

The top-seeded Golden Hawks will play sixth-seeded Jim Thorpe in the championship game at 7:30 p.m. Friday at Easton Area Middle School. The Olympians beat second-seeded Salisbury 48-35 in the first semifinal.

Turning point: Down 5-0 with 1:30 left in the first quarter, Bethlehem Catholic went on a 15-0 run to take a 10-point lead with five minutes left in the second quarter. Golden Hawks sophomore Justin Paz and junior Ryan Young each had four points during the run.

The Golden Hawks stretched the lead to 14 points at halftime and 27 at the end of third quarter before winning by 26.

What it means: The Golden Hawks will go for their first district championship since 2002 when they take on Jim Thorpe on Friday night. They improved to 20-6 on the season. Bethlehem Catholic has already secured a berth in the state tournament.

The Panthers fell to 14-11 on the season. They will play Salisbury in the consolation game at 6 p.m. Friday at Easton Area Middle School. Saucon Valley has already clinched a spot in the state playoffs.