Baseball Hall of Fame to honor 'The Simpsons' 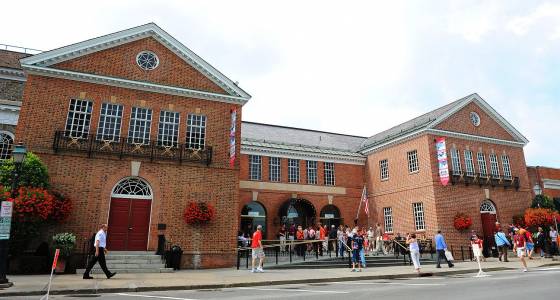 COOPERSTOWN, N.Y. -- Baseball's Hall of Fame will honor "The Simpsons" on May 27 to celebrate the 25th anniversary of the show's "Homer at the Bat" episode.

Boggs and Smith are scheduled to appear at a round-table discussion at the Hall on May 27 that also includes episode executive producers Al Jean and Mike Reiss, director Jim Reardon, executive story editor Jeff Martin and casting director Bonnie Pietila.

The Hall's legends game is slated for that afternoon at Doubleday Field.

Keywords:
Baseball Hall Of FameThe SimpsonsHomer At The Bat
Comments