Maple Leafs head coach Mike Babcock thinks star rookie Mitch Marner is ready to return to the lineup, but the team will hold the 19-year-old forward out for a fifth consecutive game Saturday against the Montreal Canadiens.Marner was a light participant in... 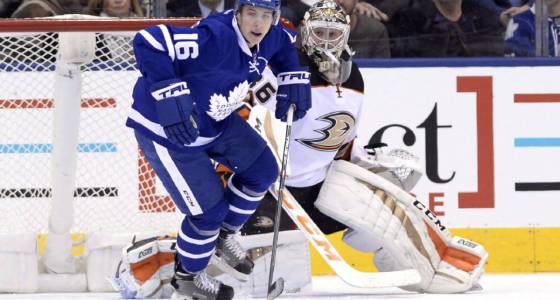 Maple Leafs head coach Mike Babcock thinks star rookie Mitch Marner is ready to return to the lineup, but the team will hold the 19-year-old forward out for a fifth consecutive game Saturday against the Montreal Canadiens.

Marner was a light participant in Saturday’s morning skate, filling the role of extra defenceman and penalty killer.

“He looks to me like he’s the best player out there today so I don’t know why he’s not dressed tonight,” Babcock said.

The Leafs could also be without Tyler Bozak against the Canadiens. The 30-year-old did not practise Friday and did not skate again on Saturday morning (undisclosed) and will be a game-time decision, according to Babcock.

His void would be filled by veteran centre Ben Smith, a healthy scratch the previous two games.

The Leafs are 2-1-1 without Marner, who was second on the team with 48 points entering play Saturday night. He suffered the injury when he fell awkwardly into the boards in a Feb. 15 loss to the Columbus Blue Jackets.

Toronto has lost 13 straight games to Montreal. After Saturday night’s game, the Leafs will head to California for a three-game road trip.