DENVER — In a season in which the Avalanche has pulled off very few upsets, this is at least a bit surprising.The hockey team, by far the worst in the NHL, still is outdrawing the Nuggets.Stan Kroenke owns both teams, of course, with his son, Josh,... 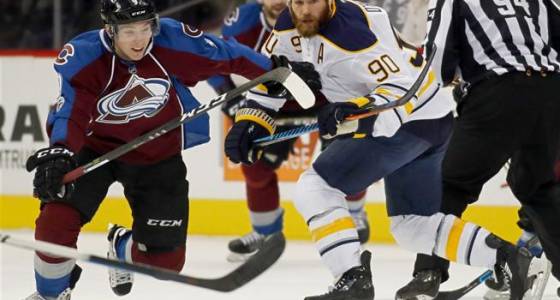 DENVER — In a season in which the Avalanche has pulled off very few upsets, this is at least a bit surprising.

The hockey team, by far the worst in the NHL, still is outdrawing the Nuggets.

Stan Kroenke owns both teams, of course, with his son, Josh, serving as president. The Kroenke portfolio also includes the Colorado Mammoth of the National Lacrosse League, the Colorado Rapids of Major League Soccer, London-based Arsenal FC of the English Premier League, and the Los Angeles Rams. So this isn't a fight over entertainment dollars between separately owned teams.

This season, heading into Saturday night's Buffalo-Colorado game at the Pepsi Center, average attendance for the Avalanche's home games was 15,054 in a building that holds 18,007 for hockey. That was 25th in the 30-team NHL, ahead of only Florida, New Jersey, Arizona, the New York Islanders and Carolina.

The Nuggets are averaging 14,037 in the Pepsi Center, where a sellout for basketball is 19,155. That's the worst average in the NBA.

So the Avs were outdrawing the Nuggets by 1,017 per game.

If the Nuggets stage a stirring stretch run and nail down a playoff spot, and the Avalanche continues to stagger, there's a chance the NBA team could catch the NHL team at the box office. But it would require the Nuggets outdrawing the Avalanche by about 2,500 per home game the rest of the way.

Finally, the lag effect — which works both ways, positively and negatively — means the Avalanche might be in big trouble next season, despite for the most part holding the line on season-ticket prices. And the Nuggets might have box-office momentum.

Considering the most recent 10 seasons (including this one), the Nuggets outdrew the Avalanche from 2007-08 through 2013-14. The Nuggets made the playoffs in six of those seven seasons, the Avalanche three times. By then, the Avalanche's 487-game official sellout streak from 1995-2006 was history.

Boosted by the startling 112-point season in 2013-14, the Avalanche outdrew the Nuggets the past two seasons. And, yes, it's important to note that the attendance for both franchises includes fans of visiting teams clinging to past (or new bandwagon) loyalties and showing up in opposing team colors. But that's the league product too. Plus, there are nights when the announced attendance figure at Nuggets or Avalanche games triggers chuckles because so many sold or accounted-for tickets appear to be going unused. ("I left two Avalanche tickets on the dashboard of my unlocked car. When I came back, there were four.")

The conclusions? If you're waiting for any kind of value judgment lecture — e.g., "Denver must not be a real (basketball) (hockey) town!" — you won't get it here. I've covered two NHL teams and two NBA teams. I'm actually amazed that in an era of HDTV, televised home games and full-freight ticket prices that have increased far more than the inflation rate over the past few decades, the attendance bar is set as high as it is. I mean everywhere, in both the NBA and NHL. Fifteen NHL teams average 100 percent of seating capacity or more. The number is 10 in the NBA.

Specifically here and now, aggressive marketing of bargain ticket/"night out" packages for Nuggets and Avalanche games has helped prop up the numbers to an extent, but the trick there is to avoid annoying those paying full price. 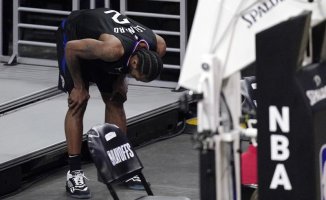 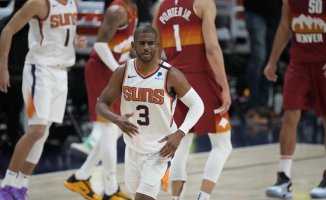