As Lions search for pass-rush help, could Nick Fairley make a return?

The NFL combine is less than two weeks away and days after that, the free agency period will begin with the start of the new league year. So it’s time for the Detroit Lions -- and every other team in the NFL -- to begin to take stock of what they have... 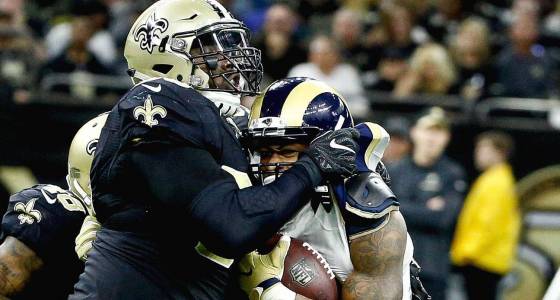 The NFL combine is less than two weeks away and days after that, the free agency period will begin with the start of the new league year. So it’s time for the Detroit Lions -- and every other team in the NFL -- to begin to take stock of what they have and where they can upgrade.

With that in mind, we’ll do that with every position on the Lions' roster leading into next week’s combine. And just a reminder that things can change incredibly quickly over the next few weeks as Detroit decides which players to re-sign and let go.

Today we’ll look at a position where the Lions need to add bodies and some major pass rush: the defensive line.

What are the chances the Lions bring back their own free agents here: It would seem like there are few matches here. Hyder and Copeland should be back as exclusive rights free agents who had roles with Detroit in 2015. Bryant and Thornton are intriguing as both performed well and could end up returning on smaller deals. Detroit would likely be wise to explore options beyond Walker, who was largely ineffective in 2016, and Taylor, who didn’t have the breakout season many projected. Charles is another question mark and his return could be tied to price.

What do the Lions need between free agency and the draft: Considering how Detroit likes to rotate its defensive linemen, the Lions have a lot of work to do here, possibly needing somewhere between 4-6 players. Figure this will happen in a combination between the draft and free agency and the interior of the defensive line is a spot Detroit could choose to spend massively as there are multiple talented options out there, especially if Carolina defensive tackle Kawann Short, Arizona's Calais Campbell and Baltimore defensive tackle Brandon Williams all end up reaching free agency.

Three free agents to look at besides the three names mentioned above:

Johnathan Hankins, DT, New York Giants: He’ll be 25 at the start of the 2017 season and entering the prime of his career. He’s a high-level run-stopper and had 43 tackles and 10 quarterback hits last season according to Spotrac. If he doesn’t return to the Giants, he is likely to have a large market and would fit well in the middle of Detroit’s defensive line as a future long-term pairing with A’Shawn Robinson. Plus, the 6-foot-2, 320-pound Ohio State product grew up in Detroit, so he understands what the Lions culture is.

Jabaal Sheard, DE, New England: If the Lions are looking for more of a rotational player on the outside, he could be the guy. GM Bob Quinn has familiarity with Sheard from the Patriots days and he has been a somewhat consistent pass-rusher with 13 sacks total over the past two seasons in New England. He also won’t be a high-cost free agent, so Quinn could sign him and spend big elsewhere.

Nick Fairley, DT, New Orleans: Yes, this might seem unlikely, but the Lions at least have to kick around the idea of it. The 29-year-old Fairley has played well since leaving the Lions, including the best season of his career last season with the Saints, where he had 43 tackles, 6.5 sacks and 22 quarterback hits (according to Spotrac). The coaching staff knows him, which could both hurt and help, and he knows the area well. It would be an interesting decision, but Fairley was always well-liked in the locker room and had immense potential. Now, he’s finally starting to show that.

Three combine rookies that could get considered:

Derek Barnett, DE, Tennessee: Detroit desperately needs pass-rushers and Barnett can do that extremely well. He had 33 sacks in college, is good with his hands and extremely tough. He’s a player who the Lions would likely consider at No. 21. His 197 tackles in three years are impressive for a defensive lineman and he also had 52 tackles for loss along with 31 quarterback hits. He is a player who could be a difference-maker for the Lions.

Taco Charlton, DE, Michigan: If Charlton is available at No. 21, he would have to be looked at by the Lions. At 6-foot-6, 272 pounds, he would be a perfect complement to Ezekiel Ansah at defensive end. He also has length and would be a fit as a pass-rusher. Charlton got better every year at Michigan, including a 10-sack, 13.5 tackle for loss final season. If he has a good combine, he might end up gone well before the Lions pick.

Chris Wormley, DT, Michigan: The Lions love to have a player or two who can play inside and outside to give Teryl Austin diversity in his defensive line packages. They have one player who can do that in Hyder. If the Lions grabbed Wormley in the second or third round, he could potentially offer that as well. At 6-foot-6, 302 pounds, he has the height and length to be an end but the size to get kicked inside to tackle. He had 122 career tackles with 32.5 tackles for loss and 18 sacks -- good production for a lineman on a very deep defensive line.