NASHVILLE, Tenn. -- Arkansas swept the men's and women's team titles Saturday in the Southeastern Conference indoor track championships.This marks the third straight title for the Arkansas women and the fifth in the past six years for the Arkansas men.Arkansas... 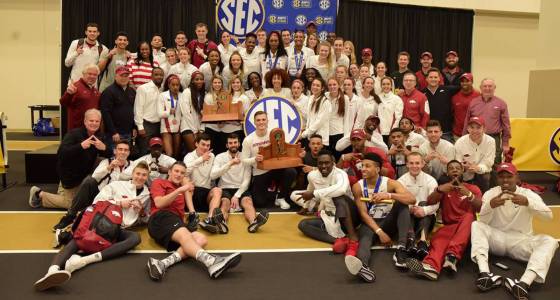 Florida's KeAndre Bates and Missouri's Karissa Schweizer won the Cliff Harper Trophy, given to the top individual scorers in the men's and women's divisions.