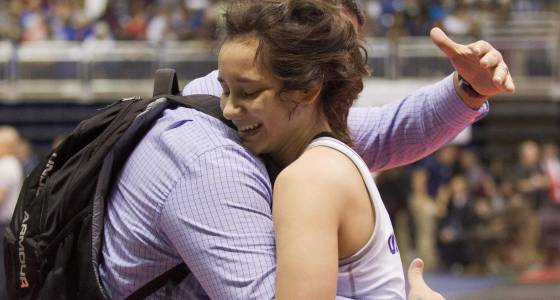 Perez (42-3), a sophomore, was aiming for her second straight gold medal in the Class 5A 148-pound division, but lost to A&M Consolidated’s Za’Maia Marshall.

Bonney was third at 170 pounds, Houston Clear Springs’ Kyle Kretzer. Bonney (46-9) rebounded after dropping his opening bout Friday to earn a spot on the podium.

On Friday, Steele’s Henry Willoughby failed short in his bid for back-to-back state titles at 220 pounds. Willoughby, who had to forfeit his regional-final match after injuring his right knee, lost his opener. He responded by winning his second bout before losing to Southlake Carroll’s Jacob Doddridge to end his run.