Famagusta 16°
overcast clouds
BUSINESS EDUCATION ENTERTAINMENT HEALTH POLITICS SCIENCE SPORTS TECHNOLOGY
10:22 Four Benefits of Hiring a Dedicated Development Team
04:48 Mark Kelly, President of Safety Marking Inc., Discusses Structuring Effective...
17:58 Trump wants to play golf at the Biden swearing-in in Scotland - but is...
17:54 First doubts Regarding tightened Steps: two National Countries Extract...
10:39 Covid-19 : in France, the end of containment and entry into force of the...
04:34 The schools of Rome will use the Internet with light bulbs: what it is...
10:58 Kratom Tea: How Is It?
11:46 Office Furniture Products for you!
12:17 Top Clubs, Their Value, Revenue And Current Standings
11:14 Reasons Why Rewarding Yourself is a Good Practice
BIST
1540
GOLD
443.013
USD
7.3903
GPB
10.1024
EUR
8.9804
Breaking News
Online Etiquette Rules for Managing a Virtual Business
Close

CLEVELAND -- For much of Thursday afternoon, the Knicks and Timberwolves were locked in a staring contest in their talks on a potential Derrick Rose deal.Phil Jackson and the Knicks were looking for a second asset in a potential Rose-for-Ricky Rubio swap,... 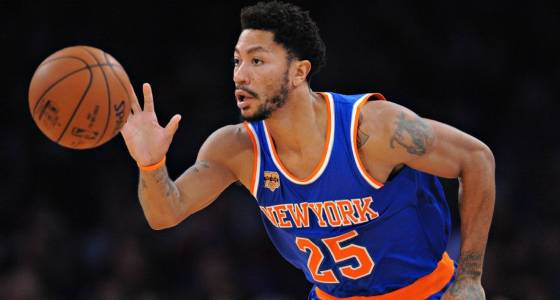 CLEVELAND -- For much of Thursday afternoon, the Knicks and Timberwolves were locked in a staring contest in their talks on a potential Derrick Rose deal.

Phil Jackson and the Knicks were looking for a second asset in a potential Rose-for-Ricky Rubio swap, per sources. The Timberwolves were unwilling to give up that second asset, whether it was a draft pick or a player. They made that stance clear as late as a half-hour before the deadline. It became a matter of who would blink first.

Shortly before the deadline, sources say members of the Knicks organization lowered their demands of that second asset. According to ESPN’s Marc Stein, the Knicks eventually offered the Wolves a Rubio-for-Rose trade, straight up.

Sources say that deal was offered minutes before the deadline. According to Stein, Minnesota balked at the deal.

Deals happen at the deadline all the time. It’s unclear at this point why Minnesota ultimately didn’t want to do the deal at the last minute. Sources said Minnesota earlier this week expressed concern over Rose’s pending free agency and what he may ask for on the open market. But several opposing executives believe Minnesota was prepared to do a Rubio-for-Rose swap, straight up, earlier Thursday.

Only Minnesota president Tom Thibodeau knows exactly why the Wolves didn’t say yes at the deadline.

Nonetheless, while the Knicks primarily were focused on the Rose deal, they also discussed a potential Courtney Lee trade with the Los Angeles Clippers. Like all other 29 teams at the trade deadline, the Knicks had been seeking draft picks or players who fit their long-term vision for the team in any deal for Brandon Jennings, Kyle O’Quinn or Lee.

The Clippers didn’t have an immediate pick to offer in a deal for Lee but, according to sources, talked to other teams before the deadline on Thursday to try to get a third team involved.

So the Knicks will have the same roster for Thursday’s game against the Cleveland Cavaliers that they did on opening night against Cleveland. They enter the final 25-game stretch of the season four games outside of the eighth and final playoff spot in the Eastern Conference.

And they still have Rose, whom they will have to make a decision on in free agency this summer. Since they were considering trading him before the deadline, it seems less than likely that they will be motivated to re-sign Rose this summer.

If Rose is off the books, it will give the Knicks significant cap space this summer to pursue other free agents. New York also has its first-round pick in the 2017 draft. It’s worth noting that if the Knicks had traded for Rubio, they would have had his contract on their books for the next two summers (for a total of $29 million) and wouldn’t have had significant money to spend this summer. So Jackson and the Knicks' hardball approach with Minnesota in the Rose talks may ultimately turn out to be the right move.

Of course, if Reggie Miller is right, cap space may not help the Knicks.

Miller is one of several former players who have wondered if free agents will be interested in the Knicks after the way the organization handled the Charles Oakley incident (and also due to the direct and indirect criticisms of Carmelo Anthony from Jackson).

But all of that is an issue for another day.

On Thursday, the Knicks stood pat -- a decision that surprised some members of the organization who anticipated a trade of some kind for a team that was 11 games under .500. With the roster intact, the Knicks appear to be stuck in the dreaded middle ground of the NBA -- not good enough to compete for a top seed in the playoffs and not bad enough to gain a top draft pick.

Just how Anthony feels about all of this is unknown. What is known is that Anthony is still a member of the Knicks, despite widespread speculation that the team would move him before the deadline.

New York talked to at least three teams -- the Celtics, Clippers and Cavaliers -- about potential Anthony deals in the weeks leading up to the deadline. Anthony, of course, has a no-trade clause and had strongly suggested that he had no plans to waive it. So it wasn’t a huge surprise that Anthony remained a Knick after the deadline.

But this doesn’t necessarily mean that all of the trade talk surrounding Anthony is over.

There are members of the Clippers organization who feel that they can land Anthony in a trade this summer, according to sources. Will Anthony be willing to waive his no-trade clause at that time? Who knows? A lot can happen in four months.

But nothing happened for the Knicks on Thursday. So the fan base is left to hope for a brighter future -- something Knicks fans have grown all too familiar with over the past 15 years.