Running backs coach Burton Burns has been with Nick Saban at Alabama since Day 1.The rest of the offensive staff? Not so much.These days, the second-longest tenured offensive coach in Tuscaloosa is Brent Key, who was hired to lead the offensive line only... 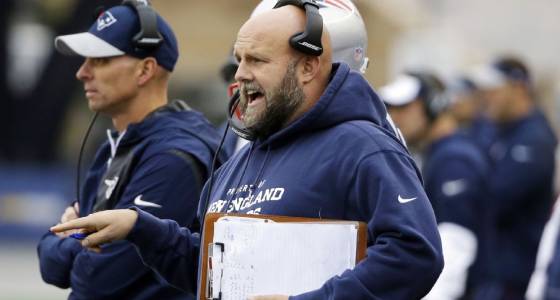 Running backs coach Burton Burns has been with Nick Saban at Alabama since Day 1.

The rest of the offensive staff? Not so much.

These days, the second-longest tenured offensive coach in Tuscaloosa is Brent Key, who was hired to lead the offensive line only prior to last season — 3,330 days after Saban’s introductory news conference in 2007.

You see, for all the talk about Lane Kiffin’s awkward goodbye and Steve Sarkisian’s swift exit, it’s worth noting just how different the entire offensive staff will be this season, not just coordinator.

Mario Cristobal, who spent four seasons as offensive line, tackles and tight ends coach, is gone. So is Billy Napier, who was an offensive analyst in 2011 before returning as receivers coach in 2013.

New offensive coordinator/QB coach Brian Daboll hasn’t worked with Saban since his two years as a graduate assistant at Michigan State in the late '90s. Receivers coach/co-OC Mike Locksley had no familiarity with Saban until he came over as an offensive analyst prior to last season. And while tight ends/special teams coach Joe Pannunzio was Saban’s director of football operations from 2011-14, he never has been a coach on the field with him.

Organizationally, it’s something of a new day.

Schematically, things could go in a new direction as well.

While a shift back to the Jim McElwain/Doug Nussmeier conservative offensive days doesn’t seem likely, neither does a continuation of the Kiffin/Sarkisian model of spreading the field and going up-tempo. Maybe the offense will be somewhere in the middle, reaching back to more of those pro-style concepts that Alabama’s dynasty was built upon.

Locksley, who was most recently the offensive coordinator and interim head coach at Maryland, has the most experience with the spread model, while much of Pannunzio’s experience as a coach has come in primarily pro-style offenses, most recently at Miami from 2006-10. Then there’s Daboll, who was certainly pro-style in his approach as a coordinator in the NFL from 2009-12 but did a little bit of everything as tight ends coach with the Patriots.

New England, under coach Bill Belichick, isn’t one thing on offense. One week, Tom Brady might throw the ball 60 times. The next week, it might be LeGarrette Blount rushing the ball 35 times. Scheme is based on matchups, and more often than not it resulted in a win for the Pats.

At Alabama, however, personnel might force Daboll’s hand toward running the football.

Jalen Hurts, who won SEC Offensive Player of the Year as a true freshman last season, proved that he’s a much better runner than he is a passer at this point in his career. At tailback, there’s a wealth of talent with Damien Harris, Bo Scarbrough, Joshua Jacobs and B.J. Emmons all back. That’s not to mention the addition of five-star prospect Najee Harris, who enrolled early and could get a handful of touches per game.

Keeping everyone involved isn’t going to be easy.

Daboll will play a role in those decisions, and the work of Locksley and Pannunzio will influence the quality of the running game, of course.

It’s ironic that in a year in which there so many new faces on offense that the most familiar face, Burns, will have arguably the most interesting job to manage.