Galleries Videos CONTACT ADVERTISE
Famagusta 32°
clear sky
BUSINESS EDUCATION ENTERTAINMENT HEALTH POLITICS SCIENCE SPORTS TECHNOLOGY
12:08 Guide To Online Sports Betting: How To Choose A Sportsbook
08:28 What Are Some Reasons to Consult a Brain Injury Lawyer?
09:24 Blockchain Solutions for Enterprises: How To Increase Efficiency And Profitability
07:06 How To Deal With A Car Crash In New York
17:43 Tips to keep in mind while choosing the casino site
11:34 Relation Between Employee Theft and Pre-employment Screening Check
04:37 Search your own desired site to play sports for betting
18:00 Top 3 Career Path Options for Business Analysts Preview
15:35 The history of Imen Jane, who is the influencer and the charges on the...
18:48 Sebastian Vettel's Greatest Races
BIST
1123
GOLD
474.940
USD
7.8276
GPB
10.1031
EUR
9.1434
Breaking News
Top 3 Career Path Options for Business Analysts Preview
Close

Breaking the record for the fastest 40-yard dash at the NFL combine isn't only about bragging rights. It might be about winning an entire island.Adidas is offering an island to any prospect who breaks the 4.24-second time clocked at the combine by Chris... 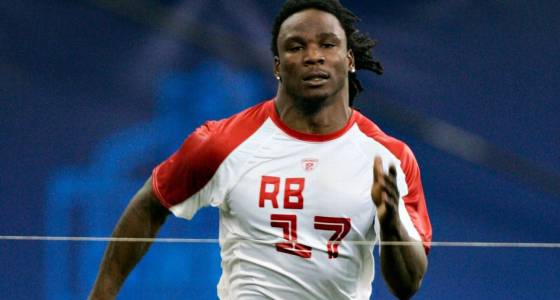 Breaking the record for the fastest 40-yard dash at the NFL combine isn't only about bragging rights. It might be about winning an entire island.

Adidas is offering an island to any prospect who breaks the 4.24-second time clocked at the combine by Chris Johnson in 2008, as long as he does it in the company's 2017 Adizero 5-Star 40 cleats and agrees to endorse the company's shoes for the entire 2017-18 season.

The fine print says that Adidas agrees to provide a winner with an island "as soon as reasonably possible" but that the company can also just pay the athlete $1 million instead. The company is not responsible for the payment of any taxes on the prize.

A search of private-island sale sites reveals many islands in Canada and Central America that can be bought for less than $1 million.

Eric Dickerson, who owns the NFL record for single-season rushing yards, joked that the potential award is much better than what he got when he went for 2,105 yards in 1984.

Over the years, Adidas has given endorsement deals to prospects who have run the fastest time, cash prizes of $100,000 and offered $1 million cash last year if someone could set a new mark.

Times are expected to be challenged at the NFL combine in Indianapolis on Friday and Saturday when the running backs and wide receivers go through the drills.