PALM BEACH GARDENS, Fla. — Rickie Fowler was as honest with himself as he was to everyone else Friday when he called himself out and said it is time for him to start closing out more golf tournaments when he’s put himself in position.Fowler was one shot... 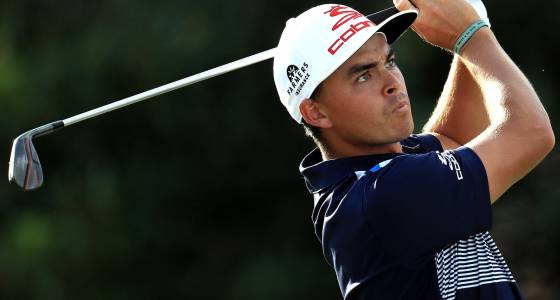 PALM BEACH GARDENS, Fla. — Rickie Fowler was as honest with himself as he was to everyone else Friday when he called himself out and said it is time for him to start closing out more golf tournaments when he’s put himself in position.

Fowler was one shot out of the lead after his second-round 66 on Friday in the Honda Classic at PGA National.

He followed that with a 5-under 65 in Saturday’s third round to get to 13-under and surge to a four-shot lead entering the final round.

Fowler leads young British golfer Tyrrell Hatton, who’s 9-under after shooting 66 on Saturday. Emiliano Grillo, Gary Woodland, Martin Kaymer, Sean O’Hair and Wesley Bryan are all 7-under with an outside chance at catching Fowler.

Bryan, who took the 36-hole lead into Saturday, faltered with a 2-over-par. His father, George III, who drove 12 hours from Mississippi to see his son play, arrived at the 11th hole — just in time to see him drop a couple strokes on the back nine.

All the players trailing Fowler will welcome the windy forecast for Sunday.

So now Fowler has his chance to win his first tournament since 2016. Fowler has played in 36 PGA Tour events since he last won. A year ago, he held the 36-hole lead entering the weekend at the Honda Classic and closed with 71 and 75 to wilt to an unsatisfying sixth-place finish.

If he can close it out Sunday, it would be Fowler’s fourth career PGA Tour career.

After winning the European Tour’s Abu Dhabi event in January 2016, Fowler moved to a career-best fourth in the world. But he has fallen to 14th in the world since then.

“I feel like it’s time for me to start finishing off some more events when I am in this position,’’ Fowler said before Saturday’s round. “I wouldn’t look back just at this specific event, but there’s been a few where I’ve had a chance and I feel good out front or around the guys in the lead.’’

Fowler gave up a late lead at the Waste Management Phoenix Open last year and lost to Hideki Matsuyama in a four-hole playoff. He was the 54-hole leader at the Wells Fargo Championship in 2016 but finished fourth. Then he missed consecutive cuts at the Players, Memorial and U.S. Open.

He didn’t have a chance to win again until the Barclays, where he was trying to make the U.S. Ryder Cup team on points. A final-day 74 dropped him to a tie for seventh, and though he still was picked for the Ryder Cup, Fowler failed to make it to the Tour Championship.