"Hey! I've just seen photos of Kobe Bryant died. I offer a drink to all" screams, looking up from the smartphone, the bartender of Norwalk, which have just b 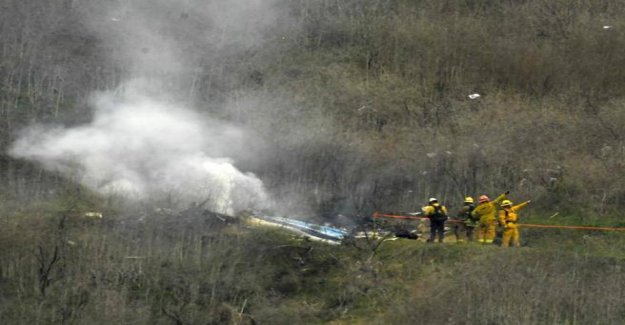 "Hey! I've just seen photos of Kobe Bryant died. I offer a drink to all" screams, looking up from the smartphone, the bartender of Norwalk, which have just been shown the image of the body torn of a former basketball player in the Nba. Zoom in with your fingers on the screen, the policeman, the owner of the cell phone, a young student working on the site of the accident in which, on 26 January 2020, have lost the life of Bryant, his daughter Gianna and seven other people. But this is only one of the acts of negligence of the police in Los Angeles for Vanessa Bryant, wife of Kobe, has requested that they be informed of the names of the four agents that turned unauthorized images of her husband, her daughter and the other victims.

Death of Kobe Bryant, the 9 victims of the accident helicopter: 2 companions of Gianna, the parents, the pilot Prev Next Kobe Bryant

The team of lawyers

The police would like to keep for himself this information, but the team of lawyers Vanessa claims that the county could not find a single case in which an agent, sued for violation of civil rights, it has been authorized to remain anonymous. "Not secretare the names of the police officers increases the risk that hackers try to gain access to their devices to find the pictures and post them," you justify the lawyers of the body to the police, asking for a forensic examination to determine if there's still the images in question. In short, the legal battle is only the opening stages.

Who was Kobe From the slopes in Italy in the total sample in the Nba. So the Black Mamba has become a legend

In the hours immediately after the crash, Vanessa Bryant had called for respect for all the victims. He had also personally spoken with the sheriff Alex Villanueva, receiving assurances in this regard. It was not enough. By the time he sued the police department, L. A., asking for a compensation for negligence and invasion of privacy. Recently added to the cause of the fire department. As said argues that agents and firefighters, also intervened on the hills of Calabasas, would have shared images of the remains of the bodies of Kobe, Gianna and the other victims with colleagues and other people. Just as the bartender of Norwalk.

Kobe Bryant, the memory on the social: the letter of Gasol, the embrace of Belinelli, the tears of Shaquille O'neil Prev Next The sorrow of the world

taking the photos, however, would have been a police officer: he would have made between 25 and 100, sending you all then to most of the agents and eventually triggering a cycle of transmission. The details of the lawsuit filed by the lawyers of Vanessa are shocking. An agent, felt that the photos were shooting within the district, he would at times requested and then share them with a friend with whom to play online video games. The latter, tells the Los Angeles Times, he then revealed to the investigators that the images showed the remains of a little girl. Another policeman, on the site of the accident, he would have instead sent the shots to a detective close to the sheriff Villanueva. But the accusation of the wife of Bryant focuses on the role of the agent trainee. Had to watch the path that leads to the place of the incident, but received the photos of the bodies charred Kobe and Gianna, would have started to rotate them, showing them, then, proud also to people who are completely unrelated to each other, as the nephew. Then the episode at a bar in Norwalk: to impress a girl would see first at you then at the bartender images, zooming in to frame the details. Including the lifeless body of one of the small victims of the accident, and then that of the former Lakers. A scene from the security cameras of the local, which has alerted Villanueva: the sheriff, according to the Los Angeles Times, he would have given 48 hours to his men to get rid of the photos, hoping to keep the affair secret. Then it has opened an internal investigation, defining the conduct of the agents to be "disgusting and unthinkable".

the reaction of The police

"The actions we have taken have been the correct ones in extraordinary circumstances — defended —. My priority was to make sure that those photos were permanently deleted". A story that has rocked Los Angeles. The governor of California, Gavin Newsom in September, he signed a bill that punishes those who, between peace officers and first responders, snaps photos not allowed on the scene of a crime or an accident. The law entered into force on the first of January, and provides for fines of up to $ 1,000. Too late to Vanessa Bryant, who now wants justice.